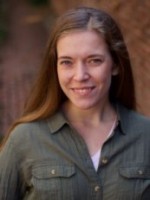 Katherine is looking for children’s books (picture books through YA), upmarket adult fiction, and narrative nonfiction for all ages.

Nine board members of the Houston-based Romance Writers of America resigned this week in a startling exodus that took place during a holiday lull. The organization — which represents a billion-dollar industry and celebrates its 40th anniversary in 2020 — will enter the new year with decimated leadership and lingering questions about its focus and future after several romance authors questioned the association’s commitment to a diverse community.

“I knew this kind of thing could happen, but I certainly didn’t see it happening this way, over Christmas week,” said author Piper Huguley. “I knew there was a big push coming, a resistance against this. I believe we’re in a fight for the soul of this organization, which to a number of people who observe it is not unlike what’s going on in the country politically. Right now the big question is, ‘What’s going to happen?’”

Publishers all over Europe have been fighting Tom Kabinet since 2014 and the European Court of Justice has issued a ruling, reselling used ebooks is illegal. It is basically a violation of copyright law. Tom Kabinet stated that the first sale doctrine should apply to ebooks and users should be able to do whatever they want with them, after they are legitimately purchased.

In 2014, Tom Kabinet launched a website where second-hand e-books could be sold. Publishers immediately filed a lawsuit and sent numerous cease and desist letters against the company. In 2015, the judge in The Hague ruled that reselling was allowed in principle, but that the seller had to be able to prove that the ebooks were legally purchased, instead of downloaded from the internet or stripped the DRM. Tom Kabinet then changed its website: sellers had to be able to submit the download link for the book. However, this could not guarantee that sellers had removed their own copies. Now customers must submit the original download link and delete their own copy. In exchange for the ebooks they receive credits, which they can exchange on the site for other e-books.

Conversations With Friends (Who Are Also Writers)

Jenny Zhang was in sweatpants, wrestling one Sunday afternoon with a short story that wasn’t coming together. She typed out an email to seven other writers: “Yo. Can we meet up next week? I have something that I kinda semi-urently” — the g key on her keyboard was broken — “need help on.”

The story, which jumped back and forth between plotlines, was intentionally nontraditional, and she didn’t want to lose that. The peers whose advice she sought, she said, “would let the jagged edges remain” while making the story “better than it was.” When she met with them, they helped her find the thread in the story, which she finished and included in her 2017 book “Sour Heart.”

Writing is often considered a solitary act, but some writers have figured out a way to make the process more collaborative even before editors, agents and other publishing professionals get involved. Zhang’s group, which includes Alice Sola Kim, Karan Mahajan and Tony Tulathimutte, has been meeting about every month since most of them were undergraduate students at Stanford University. Their sessions are highly structured, with deadlines for submitting drafts and detailed manuscript notes, while other groups gather more informally to talk about their careers, commiserate over deadlines or gossip about the publishing industry.

End of an era for book publisher Penguin

It is the end of an era for one of the most famous names in book publishing.

Penguin is being sold by Pearson, its owner for the last half-century, as the company focuses its activities exclusively on education.

Pearson today announced that it was selling its remaining stake in Penguin Random House, the book publishing joint venture it formed six years ago with Bertelsmann, the German media group.

The company originally owned 47% of Penguin Random House when the joint venture was set up in 2013.

It sold a 22% stake in the business to Bertelsmann, its joint venture partner, for $1bn in July 2017.

Galley Beggar Press, the tiny literary publisher behind acclaimed novels including the Booker-shortlisted Ducks, Newburyport and women’s prize for fiction winner A Girl Is a Half-Formed Thing, has been forced to make a public appeal for support after the Book People’s fall into administration left it with a £40,000 hole in its finances.

Galley Beggar’s co-director Eloise Millar turned to crowdfunding on Wednesday to ask for urgent help from readers as it faces “the biggest crisis in its seven-year history”. The publisher entered into a partnership with the discount retailer earlier this year when Lucy Ellmann’s novel was shortlisted for the Booker. Galley Beggar produced 8,000 special editions of the novel, costing it around £40,000.