Pulitzer winner Anne Tyler on writing from black viewpoint: ‘I should be allowed to do it’

One of America’s most acclaimed authors is wading into the culture wars, saying she believes she should be able to create characters from a diverse range of backgrounds.

Anne Tyler, 80, spoke out on the issue in an interview with the Sunday Times, stating, “I’m astonished by the appropriation issue. It would be very foolish for me to write, let’s say, a novel from the viewpoint of a black man, but I think I should be allowed to do it.”

Tyler — who won the 1989 Pulitzer Prize for fiction for her novel “Breathing Lessons” — also hit out at cancel culture.

“If an incredibly talented person has written novels in the 1930s or ’40s and all of a sudden it is discovered that there was something he said or did — even something as bad as sexual harassment — he should be condemned for it but I don’t see why you should withdraw his novels from publication,” she told the British publication.

Aaron Blabey decided to improve the boring books his son was bringing home: now his bestseller series is a starry Hollywood animation

What would a Quentin Tarantino film for children look like? Probably something close to The Bad Guys, a DreamWorks adaptation of a book series about a gang of criminal animals who, after a lifetime of heists, are tasked with doing good for the world in order to avoid prison.

It has a starry cast: Sam Rockwell, Marc Maron, Craig Robinson, Awkwafina, Richard Ayoade and Zazie Beetz, among others. But the man behind the series is Australian author Aaron Blabey, who has sold around 30m books: a staggering, mind-blowing figure. Speaking to Blabey ahead of The Bad Guys film release, even he still seems in shock about his own success. 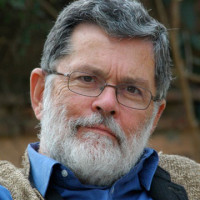 Concord, NH, March 15, 2022 — The New Hampshire Writers’ Project (NHWP) is hosting its annual 603 Writer’s Conference virtually on Saturday, June, 4, 2022. The day kicks off at 8:30 a.m. with an in-depth conversation with special guest Geoffrey C. Ward; and culminates with NHWP’s signature Pitch Party that offers attendees the opportunity to make their best book pitch to a panel of professional literary agents, publishers, editors, and celebrated authors. The Pitch Party offers a cash prize of $250 for the winner. Previous Pitch Party winner, Brinda Charry, landed a two-book publishing deal following her win.

Represents children’s fiction and non-fiction, from picture books up to YA and crossover. Looking for ambitious storytelling, a bold approach to structure and voice and a fresh take on genre. Particularly interested in submissions from author/illustrators and people from underrepresented and marginalised communities. Likes YA romance, horror and thrillers (or a combination of all three, especially with a twist), hooky sweeping fantasy (wants excellent world building with a simple, clever pitch), hilarious middle grade, bold graphic picture books, and anything that has the potential to jump off the page and onto the screen.

The Best Sex Melissa Febos Has Ever Read

The writer Melissa Febos draws from the raw materials of her life — including her work as a dominatrix, struggles with addiction, and relationship with her mother. In her fourth book, Body Work: The Radical Power of Personal Narrative, a blend of master class and memoir, she defends the aesthetic and social value of personal writing. Weaving together anecdotes and allusions to literary, psychological, and religious works, as well as advice she refined while teaching graduate workshops, Febos shows how treating sex writing as taboo upholds oppressive conventions. The best sex she ever read is this passage from the poet Eileen Myles’s novel Inferno about the protagonist’s first time sleeping with another woman. The scene euphorically breaks all the rules Febos once learned about writing sex: to avoid humor, certain words, and grossness.

I’m looking for unforgettable and thought-provoking fiction, the kind that leaves your mind racing uncontrollably, hours after turning the last page. Whether commercial or literary, or something in between, I want authors who can match a distinctive voice with an equally compelling plot. I generally prefer darker stories; my favourite books often centre characters with tragic fates, dark pasts or buried trauma. I would also particularly like to find authors from underrepresented groups, who often bring a fresh perspective to well-worn story arcs or reflect experiences that are shared by many but, as of yet, underexplored in fiction.

How It Felt to Have My Novel Stolen

On the verge of selling my first book, I was scammed by a manuscript thief. My deepest insecurities about wanting to be a writer came rushing to the surface.

At 2:47 p.m. on September 20, 2020, I received what appeared to be an innocuous e-mail from my literary agent, Chris. Could I send over the latest version of my unsold novel-in-progress as a Microsoft Word file? “I just realized,” the e-mail read, “that I only have it as a PDF.” It wasn’t like Chris to misplace things, but the situation didn’t seem implausible. People switch computers. In-boxes get gnarly. I found an old e-mail with the Word file attached and forwarded it along.

At 3:44 p.m., another e-mail arrived: “Strange, I haven’t received anything now . . . can you resend please?” I re-forwarded the old e-mail with the Word file. At 4:03 p.m., I got another e-mail, which explained that Chris’s agency was in the process of switching servers, and perhaps this explained why my e-mails weren’t coming through. Could I try again, this time working around the problem by changing the .com suffix in Chris’s normal e-mail to .co?

Looking back, this is the part where I can’t quite understand my actions. Why didn’t I just call Chris and ask him what was going on? Here’s my best attempt at a defense. The night before, I’d been up several times, tending to my nine-week-old son, and never finding my way back to true sleep. I started on coffee sometime around dawn. When these e-mails came, I was a quivering zombie, incapable of real thought, looking only to move forward, dealing with whatever came up until the next time my son slept, when I could try sleeping, too. I was in no condition to think, only to do.

Not long after I sent the Word manuscript to the .co address, my phone rang. It was Chris. He’d been offline for a few hours, he said, so he was just now seeing that I’d sent him my manuscript twice that morning. Why, he asked, sounding more than a little bit stressed, had I done that, when he hadn’t asked me to?

Literary agent Heather Carr discusses the ins and outs of publishing , focusing on the work you want to do, and the value of networking even if you think it's gross.

The literary world is full of various roles and duties. How did you decide to pursue the agent path?

I really like the editorial process, but I wanted the freedom to work on only the work that I wanted to work on. And I feel like being an agent, you have the most control and flexibility over who you decide to work with. There’s no one telling me I have to work with a politician I don’t like or a writer whose work I don’t believe in or don’t think needs space on the shelf, or whatever. I have the ability to curate that.

I’m also really passionate about there being more transparency as far as how the financial parts of publishing work. I get to talk to authors directly about that as an agent, about what their financial life as a writer could look like. And, I also get to help them, from a business perspective, make those financial decisions for their career and manage that. I get to be a matchmaker, and that’s probably my favorite part. You get to find a book that you know an editor will fall in love with. Being able to do that over the course of a writer’s whole career was really appealing to me. You just do everything. You don’t have to be specialized, which is nice.

I spent the majority of my 20s doing what I think a lot of young professionals do: I woke up early, went to work every morning, and dutifully put in nine hours at my cubicle—then, every evening, I came home, cooked dinner, and tried to relax while facing a crushing sense of dread at the thought of doing that again, every single day, for the rest of my life.

Alright, that feels dramatic—but it’s how I felt, and I’m willing to bet that’s how some of you feel, too. I tried to find meaning in my work by switching industries (several times), investing in professional development, and writing freelance for various magazines, but at the end of the day, I was never satisfied, and I knew why. It was because I knew what I wanted to be doing with my life and I hadn’t yet figured out how to do it.

I wanted to be an author.