I’m Starting a Print Magazine for Backpackers: Here’s Why

Other magazines are closing up for a reason. Trails Magazine is out to solve that.

Magazines like Backpacker have been a part of my identity since college. I started writing for that one in particular during my junior year. Then, I built a freelance writing career with it at the core.

It’s always been the example I’ve thrown out when asked what I do for work. So when Outside, Inc. (parent company for Outside, Backpacker, and others) announced this spring that they would lay off a lot of staff and shift to an online-only presence, I was gutted.

But here’s my dirty little secret: Even I haven’t subscribed to Backpacker Magazine in years.

How Woke Put Paid to Publishing

News that Salman Rushdie had been stabbed on stage at a New York literary festival shocked the world. It prompted an outpouring of sympathy for the author, who has spent more than 30 years with a fatwa placed on his life. Amid concern for Rushdie’s health, some have begun to ask whether The Satanic Verses, his 1988 novel accused of blasphemy against Islam, could even be published today.

It’s not an unreasonable question. Attitudes toward free speech, blasphemy, and Islam have all changed considerably over the last three decades. Horrific crimes such as the murder of journalists at the French publication Charlie Hebdo in 2015 still prompt support for press freedom. But it took precisely two days for some to suggest that #JeSuisCharlie solidarity would “play into the hands of the racists and fascists.” Rare is the defense of free speech that comes without caveats: free speech, but not for racists or Islamophobes; but not without consequences; but not the liberty to say things that I, personally, find offensive.

The upshot is that many who work in journalism, universities, or publishing are now more concerned to avoid offending than to test the limits of what can be said. In this context, arguing for free speech often arouses suspicion. Defenders are said to be aligned with racists, transphobes, deplorables. And no one wants that. Rather than publish and be damned, the message is to self-censor in line with fashionable woke values, or risk being cancelled. How has this happened?

Cindy Kibbe, writing under her pen name C.K. Donnelly, is the author of "The Kinderra Series," an award-winning set of young adult fantasy novels. Like many authors, she self-publishes her work — in her case after she received more than 100 rejections from traditional publishers.

It is increasingly common for authors to publish their own work, thanks to technology that enables them to print as few as single copies only after receiving an order — and payment. Sales of self-published books rose 264% in the last five years to 300 million copies annually on average, generating $1.25 billion in revenue, according to recent statistics from WordsRated, a non-commercial data analysis group.

The Justice Department is suing to block Penguin Random House and Simon & Schuster’s proposed merger. The publishers’ defense hinged on their own incompetence.

On August 22, oral arguments ended in the Justice Department’s antitrust trial to block the book publisher Penguin Random House from merging with rival Simon & Schuster. The result of the trial, which is expected to be decided later this fall, will have a massive impact on both the multibillion-dollar book publishing industry and on how the government handles corporate consolidation going forward. Perhaps fittingly for a case with such high stakes, the trial was characterized by obfuscation and downright disinformation nearly the whole way through.

Working for yourself isn't consistently easy, so it's a good idea to have a collection of handy resources to look to when the freelancing journey gets tough. As a freelance writer, turning to professionals who understand the craft can reduce the workload and the stress that comes with it.

This is a list of a resource bank of informative texts, creative memoirs, financial help guides, business essentials, and advice from those who have been on the same road. 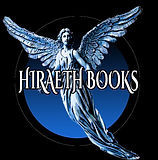 We publish what we consider the very best in speculative fiction: science fiction, fantasy, horror, paranormal, anything out of the ordinary. We welcome new and established authors and artists equally, as talent is often found in out-of-the-way places. We are a family friendly company, but we don't shy away from strong language or tough situations if the story or artwork calls for it.

We publish novels, novellas, chapbooks, coloring books, anthologies, collections, even short stories online in the effort to showcase the many talented writers and artists how have entrusted us with their creations. We do our best to present their work in an attractive package that will gain the most attention and entertain the most readers. 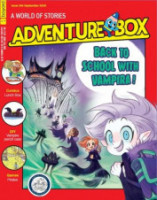 Magazine that aims to keep kids hooked on reading. This title was made for kids who have just begun to read independently. The distinctive format helps kids feel grown up and that they've arrived at the next step in their reading journey.

Do think about your legacy A great many female writers have been ‘reclaimed’ in the past few years, but God forbid that ever happens to me. Reclamation is like having your corpse exhumed by an academic for forensic purposes. To avoid this, I plan to keep publishing in perpetuity. I’ve already given the Linenhall Library a novel to be released after my death on January 1st, 2070 – save the date!

Don’t fall prey to those sombre enemies of art that can distract you at every turn These days, it’s not the pram in the hall that will prevent you, but the phone in the pocket, the Google on the PC, the beeping text or Twitter. To paraphrase the Timothy Leary sixties anthem, ‘Turn off, tune out, log out’. Don’t waste your time tweeting because it’s not like a literary letter and no one’s going to publish your Collected Tweets Vols I and II. Twitter is more ephemeral than a mayfly’s breath. Instead, live the literary dream and exude writing: breathe it, bleed it, breed it, even eat it. For instance, if you come to my house tonight, I’ll be serving Flan O’Brien for starters, followed by Irish Stew-art Parker, topped off with Donna Tartt and custard. 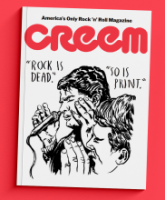 Revival of the magazine that describes itself as "America's only rock n' roll magazine".

Every few months, I receive an email or phone call from someone who claims to work for a literary agency or publishing entity. In the lengthy messages variegated with bold-faced sentences, or voicemails in which the speaker mispronounces my maiden name, I’m promised six-figure book deals with Simon & Schuster or Penguin Random House (“Yes, mmhmm that’s correct, Penguin,” one woman repeated in her message). I’m told that I will be represented to their network of mainstream filmmakers and that authors who have “partnered” with these publishers or agents have been New York Times and USA Today Bestsellers.

But these messages have nothing to do with the novel I’m actively querying. Instead, I’m told that a book I wrote as a teenager, self-published through an extinct vanity press and now buried in the library of obscure titles on Amazon, is the reason for their interest.

When I was seventeen, I sent the first book of a YA fantasy series to a publishing company I found through a Google search. The website had an ad video from Miss Oklahoma, vouching for the integrity and Christian principles of the press. My mom answered the phone when they called one afternoon of my senior year. The acquisitions editor told her my book had great potential and promised a full-scale publishing deal and marketing campaign. She failed to mention any expenses on our part, instead dropping the sum of $30,000, the amount the publisher would commit to me. She guaranteed my book’s success. When my mom rushed to tell me, we could barely contain our disbelief and excitement until my dad got home.

I remember his words for it: “It almost seems too good to be true.”