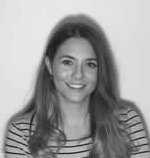 Actively building a diverse list, across a wide range of fiction and non-fiction titles. Looking for commercial and reading group fiction, literary fiction and a broad range of non-fiction. Interested in lively and original non-fiction, particularly in the areas of narrative non-fiction, biography, memoir and cookery. Also looking to represent children’s and young adult fiction.

Tales of the unexpected: the surprise boom in UK short stories

The literary form is enjoying a renaissance, with the pandemic allowing people more time to consume and produce it

Before the pandemic, Deborah Yewande Bankole was on what she describes as a “steady diet of short stories”. She loved seeking out emerging writers and admired the work of Nana Kwame Adjei-Brenyah, Julia Armfield and Danielle Evans, but had not considered writing one of her own.

So during lockdown, when furloughed from her job as a creative producer, she found herself with the time to sit down and write, and was surprised when what materialised was her own first short story.

Less than two years on, she has completed a six-month writing course at independent publisher Dahlia Books, been awarded a mentorship by Word Factory, the national short story organisation, with author Toby Litt and hopes to publish a short story soon. “Short story writing allows you to do things in literature in a variety of different ways that perhaps long-form writing doesn’t,” she said.

Reading your writing aloud might save you from unintended meanings

Even accomplished writers need to scrutinize their first drafts.

Consider this item, which made its way into a distinguished national publication:

"The University of Michigan said Wednesday that it had agreed to pay $490 million to more than 1,000 people who had accused a doctor who worked with football players and other students of sexual abuse."

We are left to wonder: Who are these "students of sexual abuse"?

Should authors really feel compelled to write only from their own personal experience as a member of a particular identity group? Or are the current obsessions with authenticity and identity in danger of disfiguring literature completely?

This is not a hypothetical question. For instance, author Sebastian Faulks recently declared that he would stop describing the appearance of female characters. He was responding to criticism from a reader who challenged his ‘right [as a man] to write about a woman’.

This growing wariness over the freedom of a writer to imagine his or her way into a character has coincided with the rise of ‘autofiction’ (short for autobiographical fiction). This genre gathers under its umbrella a flattering range of literary figures, from Sheila Heti and Ben Lerner to Karl Ove Knausgård. It aims to provide a sense of real human experience.

In 2021 author, poet and teacher Kate Clanchy gained an unwelcome new accolade: the award for the most liberal target of a cancellation yet. Clanchy’s much-celebrated Some Kids I Taught and What They Taught Me, about her experiences of teaching poetry to disadvantaged children around the UK, won the Orwell Prize in 2020. But a year later, thanks to a handful of the book’s sentences being shared out of context on social media, she found herself publicly shamed by today’s self-appointed moral guardians. She went from being applauded for bringing poetry to working-class children to being humiliated into accepting sensitivity-reader approved rewrites of her work.

It might be a new year but Clanchy’s punishment beating continues. It was announced last week that plans for a woke rewrite of Some Kids I Taught had been dropped – not because it was a God-awful idea to begin with, but because Clanchy and her publisher, Pan Macmillan, have decided to part company ‘by mutual agreement’.

The publisher’s statement notes: ‘Pan Macmillan will not publish new titles nor any updated editions from Kate Clanchy, and will revert the rights and cease distribution of Some Kids I Taught and What They Taught Me and her other works.’ This is an astonishing attempt by a publishing company to distance themselves from an author and her work. 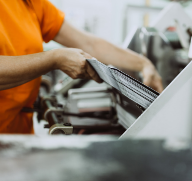 Indie fears intensify as print prices rocket by up to 40%

Independent publishers are becoming increasingly worried about hikes of up to 40% in printing costs, with some considering outsourcing to Europe and China to keep prices down, and others fearful smaller presses may be in danger of “going to the wall”.

Publishers are being warned by printing companies to expect a “significant” increase in prices owing to their own supplier costs surging. A combination of a hike in the price of international raw materials, Brexit-related problems and fuel and freight costs have been communicated to publishers as main reasons for the increase.

Vicky Ellis, sales director at Clays, told The Bookseller her own company was experiencing “unprecedented inflation” across all its raw material pricing. “We are keeping the situation under review,” she added.

Here are some tips to break writing ‘paralysis’

Psychologists have observed that two years of pandemic really messed up our perceptions of time. As we were yanked in and out of plans and routines with unrelenting news of death and illness, hours and days blurred into a sludge of disappointment, anxiety and grief. Now 2022 begins with a pandemic conclusion still dreadfully elusive, and we may struggle to get started on creative work. But consider a few tried and true ways to break paralysis.

Reflect on immediate motivations: Are you a brand-new writer, testing the imaginative waters? Are you in the middle of a project requiring new attention before the next step, such as submitting for a conference, contest, publication or even an agent? Are you seeking personal invigoration, to break that frozen feeling and regain a sense of flow?

I’ve been having such fun learning about writing with George. I shouldn’t be on such familiar first-name terms with a Booker prizewinner I revere from afar and have never met. But George Saunders is a friendly, avuncular kind of teacher, witty and sharp yet also humble about his own achievements. He calls himself George, and it’s hard to think of him any other way.

His best-known book, the Booker winner, is his extraordinary novel Lincoln in the Bardo, but he’s also won many awards for his surreal and funny short stories. He’s been teaching creative writing at Syracuse University for 20 years, and last year he brought out a book, A Swim in the Pond in the Rain, that encapsulates his thoughts about what makes a good or a great story.

Authors and publishers are being invited to pitch for a place at a popular literary festival founded and organised by UCLan Publishing.

The Northern YA (Young Adult) Literary Festival, also known as the NYA festival, will take place on May 21 and 22.

This year there will be a special focus on mindfulness, mental health and humour.

Her favorite books often have a bit of magic in them, and she loves being able to dive into any world, real or invented, presented on the page. She is looking for both graphic novels and prose fiction for YA or adult, including more mature stories, particularly ones that deal with difficult emotions and nuanced characters. She loves romance, particularly queer romance, science fiction that feels fresh, high fantasy, and middle grade with a good sense of humor. She is interested in non-fiction for all ages, especially anything that digs into media analysis or an event in history. She loves a story with a strong voice and solid construction.