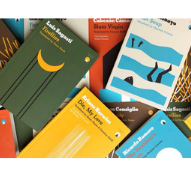 Small Press of the Year regional and country winners unveiled

The nine winners of the regional and country round of the British Book Awards Small Press of the Year accolade have been revealed. Presented for the third time in 2021, and sponsored by the CPI Group, the award celebrates the diversity of small presses in the UK and Ireland. This year’s winners include publishers from County Kildare in Ireland, Hackney in London, Leicester, Sheffield, Cardiff, Beaminster in Dorset, and Edinburgh.

Ironically, the journalist’s book, Welcome To The Woke Trials: How #Identity Killed Progressive Politics, which was due out this spring , became a casualty of the very issue it was describing, after Burchill made several comments on Twitter to Muslim “libertarian communist” journalist Ash Sarkar, including a reference to the age of one of the Prophet Mohammed’s wives.

The tweets were branded “deplorable” by Little, Brown’s managing director Charlie King in a letter to staff, the book was dropped and the company issued the following statement: “While there is no legal definition of hate speech in the UK, we believe that Julie’s comments on Islam are not defensible from a moral or intellectual standpoint, that they crossed a line with regard to race and religion, and that her book has now become inextricably linked with those views.”

The contest opens submission from March 1 to August 31, 2021, and mainly collect works themed around the metaphysical fantasy genre. The goal is to select top-quality online literary content and potential writers and provide them with high-traffic premium platform to present their talent. The most outstanding works of this contest will not only win access to Fengdu Novel's traffic but also opportunities to further nurture the IP content.

We seek well-crafted writing that takes risks. We publish work in and between all genres: poetry, fiction, essays, and plays--we appreciate work in experimental and traditional modes. We accept prose submissions of less than 6,000 words (24 double-spaced pages) and poetry submissions under 10 pages. We publish scripts in the 10-minute format (10 pages).

Northeast Indie Publishers Stuck with Their Niches in 2020

New England’s independent publishers are known for carving out strong niches and holding steadfast to them, come what may. The extraordinary forces of the last year—pandemic, protests, and climate change—put that model to the test, and for five publishers it appears that strategy paid off.

At the outset of the pandemic, sales took a nosedive at Interlink Publishing Group in Northampton, Mass., as traditional sales channels collapsed. “Most independent booksellers canceled their orders for our spring list, Amazon suspended ordering for a month, and international trade came to a complete halt,” said founder and publisher Michel Moushabeck. “It was a very scary time.”

Sales rebounded in fall, however, and Interlink ended the year up 8% over 2019. Moushabeck attributed the gains to a list that cultivated a dedicated audience who sought out the publisher’s brand of international cultural histories, fiction, cookbooks, and children’s books through new avenues. He helped readers find those new sales channels, including direct-to-home ordering, by writing two customer newsletters a week and ramping up social media.

Sky Studios to inspire next generation of Northern writing talent

Sky Studios has partnered with writing development agency, New Writing North to inspire the next generation of television writers.

Sky Writes has been created to help “diversify the pool” of scriptwriters and will offer an introduction to writing for television for people from under-represented groups and under-served geographical areas in the North of England.

“We are delighted to be working with Sky Studios on this initiative. The programme is an effective and innovative way of addressing issues that we know make it hugely challenging for underrepresented writers to break into screenwriting,” explained Will Mackie, Senior Programme Manager (Writing and Awards) at New Writing North.

“We know that our region is bursting with talent and through a programme like Sky Writes we’re looking to offer the kind of grassroots development that has the potential to open doors and create meaningful long-term opportunities. We have recruited inspirational and hard-working Programme Producers and Writers in Residence to carry out this work.” 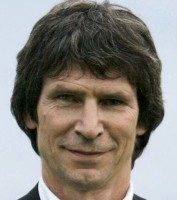 With the levelling off of e-book sales, many have begun to wonder whether the book publishing industry will be spared the kinds of disruption experienced by other sectors of the media industries. But the digital transformation of the book publishing industry was never fundamentally about e-books anyway: e-books turned out to be just another format by which publishers could deliver their content to readers, not the game-changer that many thought (or feared) it would be. The big question that the digital revolution posed to book publishers is just as pressing today as it was a decade ago: it’s the question of how publishers understand who their ‘customers’ are, and how they relate to and interact with them.

For most of the 500-year history of the book publishing industry, publishers understood their customers to be retailers: publishers were a B2B business, selling books to retailers, and they knew very little about the ultimate customers of their books, the readers. The digital revolution has forced publishers to think again about this model and to consider whether there might be something to be gained by becoming more reader-centric. This fundamental shift in publishers’ self-understanding is likely to be one of the most significant and enduring consequences of the digital revolution in publishing.

Harrogate International Festivals confirmed today that plans are in place for the event to run at the Old Swan Hotel from July 22-25.

Organisers hope the festival will be able to go ahead live and are adapting operational plans to ensure this can happen in a safe and covid-secure way.

In a statement on its website, Harrogate International Festivals said: “We are working hard on 2021’s Festival and have ambitions to run a live event in July.

A GLASGOW university is on the hunt for experienced writers to help create a climate change drama.

The three year PhD programme at Glasgow Caledonian University will produce a script that will encourage viewers to consider the UN’s Sustainable Development Goals.

The prospective script will be inspired by shows like The West Wing and The Thick of It​.

Candidates will be expected to produce a dissertation as well as a completed script.