A mysterious fraudster who impersonated publishers and agents to steal book manuscripts in an international phishing scam may have finally been caught, with the FBI arresting a 29-year-old man at John F Kennedy airport in New York on Wednesday.

Filippo Bernardini, an Italian citizen who worked at UK publisher Simon & Schuster, was arrested upon landing in the US on Wednesday. The FBI alleged that Bernardini had “impersonated, defrauded, and attempted to defraud, hundreds of individuals” to obtain unpublished and draft works. 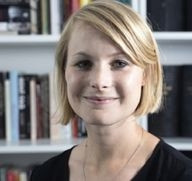 Charlotte Seymour has left Andrew Nurnberg Associates to join Johnson & Alcock as a literary agent, as part of a strategic expansion of the agency.

Seymour was named a Bookseller Rising Star in 2021 and has worked for six years at Andrew Nurnberg building a list of authors of literary and commercial fiction, as well as narrative non-fiction. Before that she worked as a literary scout at Eccles Fisher Associates.

Focuses on relaying stories that cut to the heart of the society we all share. These are stories of normal individuals. Tales of hardship, suffering, injustice, endurance, strength, tenacity, resilience, faith and hope, that convey a picture of the world most of us witness and experience.

The Great Love Inspired Author Search is back!

The Love Inspired editors are thrilled to announce that we're bringing back The Great Love Inspired Author Search. Love Inspired and Love Inspired Suspense are on the hunt for some fabulous new authors, and we want you! If you think you’ve got the chops to wow us with your inspirational contemporary romance or romantic suspense ideas, we encourage you to pitch it to us!

For this pitch opportunity, the Love Inspired editors are once again on the lookout for fresh talent. We invite you to show us that you’re the total package in these two stages:

An annual competition that raises money to support young people in the Chard and Ilminster area training for careers in the performing and creative arts has been launched.

The Yeovil Community Arts Association has also announced a new category in its 2022 international literary prize writing competition, which opened on Saturday (January 1).

Now in its 19th year, the Yeovil Literary Prize continues to attract more entries each year from accomplished and aspiring wordsmiths from all over the world.

In the weeks after my grandfather died in 2019, I spent a melancholy few days sorting through the “Gramps” section of my filing cupboard, mainly the many letters he’d sent to me over the years. It was a way, I suppose, of continuing the 40-year conversation we’d had about books, of keeping his voice loud in my mind. One letter struck me with particular force, though – a page and a half in response to a short story I’d sent him aged 10. It was typical of his letters about my writing: warm yet forthright in its criticism, even at this early stage showing something that I came to recognise as a gift – the fact that he took me seriously as an author, that this was feedback from one writer to another.

A NEW literary festival is set to take place on Spike Island in Cork in 2022 - dedicated to the theme of crime writing.

The Spike Island literary festival will hone in on the popular genre with a series of author talks and workshops, giving attendees the chance to learn more about the subject.

Agents and publishers from the industry will be on hand giving advice, and those looking to write a book can get invaluable insights into the writing and publishing world.

The event is set to take place at Spike Island, a perfectly fitting setting given its historic past.

The island was used as an island prison on four separate occasions over the last 400 years, with the last prison incarnation that opened in 1985 only closing its doors in 2004.

Using 'to be' weakens writing

Why? Because any form of "to be" — is, was, am, are, were, has been, etc. — delivers the weakest verb in the language. Sentences that perch on a "to be" verb tremble like a reed in a soft breeze. 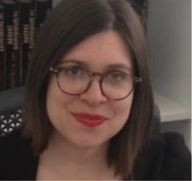 A new writing award, the Cheshire Novel Prize, launches featuring judges such as Juliet Mushens and feedback guaranteed for every entry.