A few years ago, in my MFA writers’ workshop at Syracuse University, we were critiquing a story by a truly wonderful writer, and it was a damned good story too. In it, a brother and a sister were living together because the brother, a former star athlete, had suffered a brain injury and wasn’t able to live alone. The story was narrated by a man in love with the sister. In the scene in question, the man drives by on a steamy summer evening, sees the sister on the porch, joins her up there—and the sparks start to fly. It was one of the best depictions of strong mutual desire I’ve ever read. It was clear that the two were about to do it, right there on the porch. Although, the brother was asleep, just on the other side of a screen door.

So, the writer had made a lovely, consequence-rich moment. (“How can they have sex right there on the porch? How can they not? What if he wakes up? Oh God, that would be terrible. Yet it would also be cool. Talk about raising the stakes!”) Then, at the critical moment, as the man reached for the woman—a teapot inside the house came to a boil.

The woman went inside, the sexual energy went poof, the man went home.

At the time, as I recall it, we critiqued this as an oversight on the writer’s part—she hadn’t told us there was a teapot on the stove. After workshop, the writer admitted that she wasn’t entirely sure what she wanted to have happen in that scene—and a little light went on in my head.

That teapot wasn’t an oversight, or a mistake, I realized, it was a placeholder—a kind of “To Be Determined” sign, the subconscious’s way of saying, “I know this is important and I don’t want to screw it up. Can I get back to you?” (Like one of those Magic Eight Balls, the story was saying, “Ask again later.”)

Outside, looking in: the reality of being a querying writer

This is how it feels like to be one of those thousands and thousands of writers still querying, week after week, and getting nowhere.

The book industry begins with writers.

Sure, its fuel is commercial sales, trends, profit and loss, metadata… But it begins with one person (occasionally two) sitting in a room, staring at a blank screen. Then, eventually, beginning to fill that screen, before finally writing "The End".

I began writing seven years ago and have written three novels and am about to start my fourth. I fell into many of the newbie traps: thinking my books were finished way before they were (apologies to anyone I queried at that point), not being clear enough on essentials like the "singular narrative thrust which propels the story forward and keeps you hanging on to find out what will happen next".

What I didn’t realise, when I started out on this path, was that my screen would, in time, be swapped for a window. One for which–while I can stare in at the friendly world of publishing–I cannot find the accompanying door. 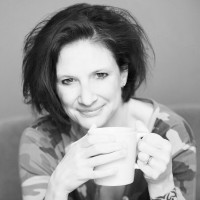 Looking for self help, personal development and business books from tomorrow’s Thought Leaders. A strong personal brand, a great platform and a clear vision for the future a must! 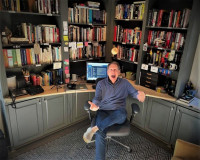 You’ve written that gripping long-form story, and you’re champing at the bit to get a book deal. What do you do?

My own journey started with a lot of wrong turns and even more learning, which I wrote about in Part I of this mini-series. But it finally got my first book, “The Spy’s Son,” onto bookshelves. It tells the true story of the highest-ranking CIA officer ever convicted of espionage, and how he recruited his son to follow in his spy steps.

Contracts for other books followed. And later this year, “The Spy’s Son” is coming out as a TV-and-streaming docuseries.

Here is my go-to advice about the four essential things you need to do, and how to build a timeline to support that work.

ll the great writers have proffered wisdom on the craft, the best-in-show quote being Norman Mailer’s: “Writing books is the closest men come to childbearing.” But the literary sages have offered scarce advice to serious long-form journalists on plotting, writing and, most importantly, selling a nonfiction book

So for now, you’re stuck with moi.

Look, m’friends, if a lunch-bucket journalist like me can do it, so can you. All you need is endurance (maximized by a 14-cup coffee maker), great story organization skills, a boatload of time (and the tolerant family that comes with it), the power to shrug off rejections and monophobia, the guidance of a good literary agent, and a smidgen or two of pure damned luck.

Here are six things to consider as you begin your quest to write a nonfiction book.

David Lynch is such a fun filmmaker. I feel like he's super open with his process but also talks in a way where there's no definition, adjusting what he thinks based on how he thinks it would help the people listening. When it came to screenwriting, Lynch didn't hold back. He used practical skills that anyone can emulate to work on their ideas.

Lynch is the mind behind movies like Blue Velvet, Mulholland Drive, and the Twin Peaks saga. His advice is awesome and I'm so happy to share it here.