We are currently only accepting proposals for short fiction and short stories when presented as a collection from UK based writers. We are particularly keen on publishing diverse voices which are currently underrepresented in publishing.

Happy Halloween! Do you enjoy reading, watching or listening to horror stories? What about writing them?

To celebrate the season, we’ve rounded up 25 haunting photos and illustrations from around The New York Times that you can use as prompts to write your own terrifying tales. Choose an image and then use your imagination to write a short story or a poem inspired by it — or tell us about a memory from your own life that the picture makes you think of.

You can use these images however you like, but if you need more guidance, here are four prompts, as well as articles with advice from horror writers and experts, to get you started:

Loves to read young adult, fantasy, sci-fi, historical, and graphic novels, and almost anything with a strong female lead. 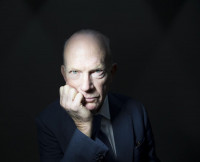 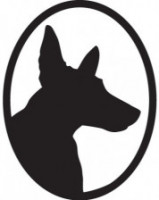 International publisher of memoir, other narrative non-fiction and literary fiction in English, particularly with an element of humour.

A genre fiction magazine for QTBIPOC creators. Open to original and reprinted genre fiction year-round with periodic, unannounced closures. Particularly interested in romance, historical fiction, mystery and crime, thriller and suspense, horror, science fiction, and fantasy. All submissions should be aimed at a general adult audience. Aims for a story a month, published behind a paywall on the 15th. Each quarter, these stories are bundled into an issue. Each year, they’re collected into an anthology.

Icon Books has been acquired by Amberley Publishing for an undisclosed sum.
Amberley said the acquisition would “provide a strong addition to Amberley’s existing non-fiction catalogue” and follows its acquisition of Quiller Publishing for £1.4m in June 2021.

Icon Books was bought by Jonathan Ball Publishers in April 2020 and Amberley said this acquisition follows detailed discussions on working closely together.

Only represents authors in Australia, New Zealand, the Pacific or SE Asia, not USA or Europe. Only accepts submissions from by invitation or referral, or from authors from an under-represented background – First Nations, authors of colour, authors from marginalised cultures, neuroatypical authors, authors with disability, or authors from varied socio-economic circumstances.