Considers submissions that contain work(s) of poetry and/or prose with a total combined word count of 2,000 words or fewer. See website for full guidelines.

Handles full-length fiction and nonfiction for adults only. No children’s picture books, poetry, plays or musical theatre. Primarily looking for authors from the UK and Ireland writing in English. Occasionally considers international writers but you must make it clear when submitting why you are looking for a literary agent in the UK. 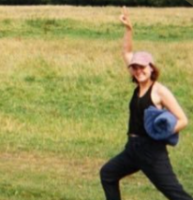 Looking for immersive, brilliantly plotted upmarket and literary fiction with a twist. In nonfiction, she’s looking for proposals that find unexpected ways to talk about interesting things (architecture, food, nature, politics, history, identity) from academics, critics and journalists who are writing their specialist subject for trade publication. She also accepts submissions for narrative nonfiction, essay writing and food writing.

If sending fiction, please limit your submission to the first three or four chapters, and include a covering letter and an SAE if required. If sending non-fiction, please send a detailed proposal about your book, a sample chapter and a cover letter. Every effort will be made to respond to submissions within 3 months of receipt.