Ian Rankin, best-selling author of the Inspector Rebus novels, has been unveiled as the chair of this year’s Theakston Old Peculier Crime Writing Festival in Harrogate.

The author, who has sold more than 20 million books, has been charged with pulling together a “most wanted” list of guest authors and speakers to headline the four-day event at Harrogate’s Old Swan Hotel from July 23-26.

Helen Donkin, the Harrogate International Festivals Literature Festival Manager, said: “Ian has been one of the crime writing festival’s greatest supporters and we are delighted that he has agreed to become the 2020 Programming Chair."

Represents crime and thrillers of all stripes (whether commercial or more literary), including speculative thrillers; literary fiction; true crime and smart non-fiction. Particularly drawn to writing with a real sense of atmosphere and has a soft spot for anything dark and strange.

"Most simply put I am looking for good stories, compellingly told. The books on my list have one thing in common, the combination of a distinctive voice and a great narrative."

It ain’t easy being Madea.

Tyler Perry admitted this week that he’s written several of his plays, films and television shows solo, apparently hoping to inspire others with his work ethic. Many fans missed that sentiment, however, and called out the studio owner for not hiring writers.

“So, I don’t know if you know, this but all shows on television have a writer’s room,” Perry, 50, said in an Instagram clip Monday. “Most of the time, they’re 10 people, 12, whatever, that write on these television shows. Well, I have no writer’s room. Nobody writes any of my work. I write it all. Why am I telling [you] this? I wrote all of these scripts by myself in 2019. What’s my point? Work ethic!”

But rather than be inspired, many of Perry’s followers took issue with what they saw as his refusal to employ writers who could bring fresh perspectives to his work. 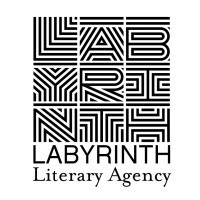 Founded in 2014. Provides a range of author representation and editorial services across books and film.