On March 12th last year I was sitting in a blustery, empty car park in Blackpool, Lancashire, eating a bland prepacked sandwich beside a giant mural of Barry from The Chuckle Brothers. I was feeling pretty good about myself.

Sure, school closures had just been announced and the St Patrick’s Festival (at which I had an author event) had been cancelled, but I’d just finished a school talk about my children’s books. It had been the last of a four-day book tour of England and my 39th author event in 40 days.

Irish events included every Dublin city library, several bookshops, a delightfully raucous event with illustrator Ben Mantle at Liberty Hall Theatre, a school in the Dublin Mountains, classes of kids spread out on the floor of O’Mahony’s Booksellers in Limerick, a packed-out art workshop in the Hugh Lane Gallery, a lot of M50 miles, a couple of flights, and a handful of hotel breakfast buffets I now regret not taking full advantage of.

It had been exceptionally busy, but still just about within the range of expectations when you write books for children. I had done hundreds of events over the preceding years, to audiences as high as 700 and as low as one (there had been a mix-up, I was assured). This is the life of writers for every age and genre, in fact. Talking about writing is how we meet readers, promote books, seek inspiration, find ideas and – crucially – earn income.

Eating my lunch on my lap in the Blackpool car park before heading to the flight home felt like the beginnings of decompression. Sure, festivals were in wait-and-see mode – the whole country was – but the timescale seemed short enough. What was the worst that could happen?

Currently looking for non-fiction that explores big events from new angles, whip-smart cultural criticism, as well as original and urgent journalism and science writing. She’s also on the lookout for books to engage kids in non-fiction topics, from ancient history to contemporary issues. She is not currently considering poetry, picture books, romance, science fiction, or fantasy at this time.

Brexit and gender are off limits for aspiring authors

When a small US publisher accepted my first book for young adults, 'Crosstrack', it wasn't long before things went pear shaped. The novel follows two teenage athletes, one a middle class American, the other a young Syrian refugee. Apart from cycling ability, they have another thing in common: both are trans.

I’d anticipated a backlash at having the temerity to describe someone outside my own experience, and expected it to involve the Middle Eastern migrant (a la Jeanine Cummings). Yet when my publisher passed the book to a new editor for a final edit, she took exception to some of the views expressed by the other main character, and in particular a comment where she refers to 'trannies'.

'The word tranny is offensive to a lot of trans people,' the editor informed me pompously, suggesting I find a more 'acceptable' term. The fact that it was a character (a trans character at that) who used the term didn’t matter; there was a risk that some people who read the book might be offended, and we couldn’t have that, could we? I wouldn’t compromise and withdrew the book – perhaps rashly, as it was the first full-length novel I’d had accepted in a decade. 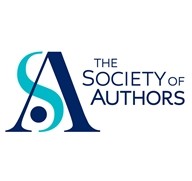 The Society of Authors (SoA) and the Writers’ Guild of Great Britain (WGGB) have launched a joint investigation into so-called vanity publishing following a sharp rise in complaints.

Issues reported range from aggressive marketing tactics and emotionally manipulative sales approaches to opaque contracts and processes, and services that fall short of expectations. Unions say the fees charged are typically four or five figures, often with the authors surrendering a wide range of rights and control over their work.

Both organisations say they are concerned about exploitative practices and are beginning an investigation with a survey on the financial and contractual impact for writers. The survey, which runs until 25th April, aims to form a picture of the experiences, both positive and negative, of authors who have been approached by or worked with these publishers.

Submit up to three short stories between 1,000 and 8,000 words, or up to five poems of up to five pages each. Also accepts book reviews and interviews with professionals in the writing community for online publication.

Interested in receiving submissions for both graphic memoirs and graphic novels, as well as adult science fiction and fantasy, and some popular nonfiction. He is not interested in YA.

Interested in writing short stories? Here's your chance to have your work featured on RTÉ

The RTÉ Short Story Competition 2021 in honour of Francis MacManus is now open for entries, the broadcaster announced today.

Writers have until Friday, May 7 to submit their short story to the competition, which will be judged by writers Lisa McInerney, Declan Hughes and Lucy Caldwell.

Since its inception 35 years ago, the RTÉ Short Story Competition has been a critically important launchpad for new and emerging writers in Ireland. 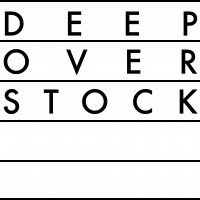 This is a quarterly magazine publishing Muslim literature in the genres of poetry, fiction, and nonfiction.

Represents a broad range of commercial fiction and serious nonfiction. In fiction, he is open to speculative fiction, horror, thrillers, women’s fiction, romance and select YA. He prefers contemporary settings and is always looking for #Ownvoices in both fiction and nonfiction. In nonfiction, he acquires memoirs, celebrity projects, science, cultural studies, history, with a particular interest in true crime.