An author’s online essay on why she used plagiarized material in a novel pulled earlier this year has itself been removed after editors found she had again lifted material.

Jumi Bello’s essay, I Plagiarized Parts of My Debut Novel. Here’s Why appeared just briefly on Monday on the website Literary Hub. Bello’s debut novel, The Leaving had been scheduled to come out in July, but was cancelled in February by Riverhead Books.

“Earlier this morning Lit Hub published a very personal essay by Jumi Bello about her experience writing a debut novel, her struggles with severe mental illness, the self-imposed pressures a young writer can feel to publish, and her own acts of plagiarism,” the publication announced. “Because of inconsistencies in the story and, crucially, a further incident of plagiarism in the published piece, we decided to pull the essay.”

Science Museum in London and UK publisher Hodder & Stoughton have announced the inaugural Science Fiction Debuts Writing Prize. To qualify, “writers must be unpublished and not represented by a literary agent, and residents of the United Kingdom.” The author of the winning entry will receive £4,000, a six-month mentorship with Hodderscape editorial director Molly Powell, introduction to three literary agents, and a full critique. The runner-up will receive £2,000 and a critique, and shortlisted authors will get £800. 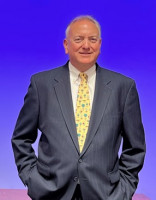 “Literary agents can change an author’s life,” says book publicist Scott Lorenz, president of Westwind Book Marketing. “A high-quality agent will review your manuscript, coach you along the way and pitch the book to the right publisher who would be interested in your work. In the end, they can help you land a lucrative book deal.”

Why does the agency model still exist? In the words of literary agent Jeff Herman, book publishers do not want to deal with unpublished writers. Agents will screen, vet, and qualify authors so publishers know if it came through the agent process it’s worthy of their review.

Hodder & Stoughton and the Science Museum have partnered to launch a new award, the Science Fiction Debuts Prize, in celebration of the museum’s upcoming exhibition “Science Fiction: Voyage to the Edge of Imagination”.

From 4th June, unpublished and unagented writers from the UK will be invited to submit the first 10,000 words of a novel within the science fiction genre and a 500-word synopsis.

The open submissions period will run for several months, closing at midnight on 30th September. The winner will receive £4,000, alongside a full critique of their work, a six-month-long mentoring programme with Hodderscape editorial director Molly Powell and an introduction to three literary agents.

Webnovel, a global-facing project founded by China Literature (China Literature Limited 0772.HK),launched the 2022 Webnovel Spirity Awards (WSA) on April 29th . In addition to English works, the writing competition also accepts entries in Indonesian and Thai for the first time. Winners will be given a chance to have their works adapted into TV or film by WeTV, the global video streaming platform launched by Tencent Video.

Leading on from last year, English will remain the main category with nine themes for entrants to choose from, including werewolf, CEO or billionaire, and fantasy. Additionally, English writers with ideas for other subjects are also encouraged to submit them. As the majority of online literature readership in Indonesia are female, the Indonesian category primarily attracts themes of drama and romance, including contract marriage, CEO or billionaire, revenge, and high school, . In Thai, subjects that appear more popular include boy's love, drama, as well as global hits such as fantasy and system. The writing competitions in English and Indonesian have started, and that in Thai is expected to begin in mid-May.

The first piece of fiction I ever wrote was in middle school, though I’d say I “started writing” with the first glimmer of public-facing intention in high school. There’s a couple slapdash short story collections of mine floating around Amazon somewhere and, as embarrassing as this is to admit, I did once do thing where I printed out copies of these books and then intentionally left them places, like the New York City subway, for strangers to find so they could be utterly transformed by my prose. I was a teenager, so I didn’t know any better and have long-since stopped.

The problem for me, when I was first starting out, was that I didn’t know any published writers and so didn’t know I had to submit my work anywhere. This is a problem for a lot of young writers — the publishing industry is opaque, confusing, and frequently demoralizing. Eventually I sort of figured it out. I sent my first piece of fiction via the ubiquitous literary submission manager Submittable in January of 2017; I have since been rejected 185 times. My latest was back in January of this year. 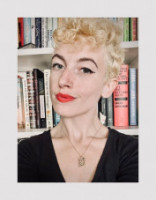 Interested in literary fiction and nonfiction that inspect big questions about queer identity, class, community, and art and technology through a personal lens, as well as poetry and a limited number of graphic or hybrid projects.

There are some hard ethical questions in the writing of crime fiction.

For me, the most difficult one is how to portray violence.

For one thing, should you depict it all?

And if so, how do you do it with some sense of morality?

I wrestle with this issue all the time. It’s a fine line to walk. On the one hand I don’t want to sanitize violence—I don’t like presenting murder as a parlor game, or worse, a video game in which there are no real consequences. On the other hand, I don’t want to cross that thin line into what might be called the pornography of violence, a means to merely titillate the worst angels of our nature.

Audio can be a bit of a contentious subject among written word lovers. But we're not here to re-litigate the age-old debate over whether listening to audiobooks counts as "reading" (it does, by the way).

Writing can be a lonely profession (or currently unpaid passion, until it can become your profession). But podcasts can bring listeners a sense of community no matter how isolated they are in their interests, both emotionally or geographically. As the illustrious history of famous literary circles goes to show, it often takes a village to produce the singular creative geniuses of an era.

So for established authors or amateur creative writers with big aspirations alike, there's a lot to be gained from the virtual book clubs and writer communities behind the podcasts listed below. Whether you're looking for guidance on the writing process, seeking to learn the fundamentals of great literature or about the publishing industry, or looking for muses to refill your well of inspiration, we've got you covered. From fiction to memoir, screenwriting to playwriting, and prose to poetry, there's an endless world of audio storytellers just waiting to fill your ears with the written word.