NEW YORK -- In the latest news of consolidation in the literary world, Rupert Murdoch's News Corp. announced Monday it's buying Houghton Mifflin Harcourt's book-publishing division, which includes such blockbuster releases as J.R.R. Tolkien's “The Lord of the Rings” trilogy and George Orwell's “1984."

News Corp. owns HarperCollins, one of the industry's largest book publishers, which will operate the division, called HMH Books & Media, the company said Monday. The announced purchase price was $349 million.

Finding Ideas To Write About

Ideas are everywhere. They are in your home, your car, at your work - you can find ideas at the park, the grocery store, the doctor's office, at school or in your bed. Ideas happen everyday, non-stop and you can use them in both fiction and nonfiction as well as poetry. Look around you.

Writing poetry sounds intimidating. It brings to mind the genius of tortured poets like Sylvia Plath or Henry David Thoreau, who famously retreated into the woods to write secluded in nature. Thankfully, writing (and submitting) modern poetry has a much simpler process. Anyone can become a poet — all you need is an idea, story or message you want to tell, and you’re off to a great start!

Here’s how to start, if you have never written poetry before:

NEW YORK--(BUSINESS WIRE)--Retail booksellers today hit Amazon.com and publishing companies with a class-action lawsuit alleging a massive price-fixing scheme to intentionally constrain the bookselling market and inflate the wholesale price of print books, according to Hagens Berman and its co-counsel Sperling & Slater P.C.

The lawsuit was filed in the U.S. District Court for the Southern District of New York on Mar. 25, 2021, and states that Amazon colluded with the Big Five U.S. book publishers – Hachette, HarperCollins, Macmillan, Penguin Random House and Simon & Schuster – to restrain competition in the sale of print trade books, or non-academic texts such as fiction and non-fiction material.

The Big Five publishers control 80% of the trade book market, and Amazon accounts for about half of all books sold, including 90% of all print books sold online. Attorneys say these factors and more make this market ripe for price-fixing through the highly restrictive most-favored-nation clauses (MFNs) in their distribution agreements. The lawsuit states these anticompetitive provisions fix the wholesale price of books and prevent Amazon’s competitors from competing on price or product availability.

NEW YORK — A literary prize that provided vital support to Tracy K. Smith, Eula Biss and more than 100 other women early in their writing careers has been discontinued. Administrators of the Rona Jaffe Writers' Awards cited “significant” costs in running the program, founded in 1995.

“The Foundation’s board feels that we can use these funds resulting in even greater impact by supporting vital literary, educational, and cultural nonprofits that serve creative artists and the literary arts more comprehensively as their core missions,” according to a recent post on the Jaffe Foundation's website.

For the past quarter century, the Jaffe Foundation had annually awarded six or more women grants up to $30,000 each to give them more time to write. The awards were established by Rona Jaffe, a novelist who died in 2005.

TRURO, England, March 24, 2021 /PRNewswire/ -- Literature & Latte Ltd, (L&L) creators of productivity software for writers of all types from novelists and screenwriters to academics and journalists announce the release of Scrivener 3.0 for Windows.

Scrivener unites everything needed to write, research and arrange long documents in a single, powerful app. At its heart is a simple ring-binder metaphor that allows users to gather material and flick between different parts of their manuscript, notes and references with ease. Long documents can be broken into shorter, more manageable sections which are edited in isolation or as a whole using Scrivener's innovative "Scrivenings" mode.

Letâ€™s Get Lit-erary: How an idea turns into a book

So you have an idea, but how exactly do you turn it into a fully-fledged novel? What does it take to see your idea unfold and make its way to a bookstore? The process can be long and grueling, but certainly worth the investments of time and money. The road to publishing is easier for established authors, but, of course, they too were once rookies. So here’s a guide to getting your book written and published, from someone who has yet to do either of these things, but spends her free time aspiring to be a novelist.

The first step is to write a manuscript — essentially a polished draft. Now, this is easier said than done. Different writers have different approaches to tackling a manuscript. Some are plotters, others consider themselves pantsers. A plotter goes through the different acts of their story before even delving into writing it. Developing a clear outline guides plotters as they type their tale, preventing it from straying off track and minimizing revision time. Pantsers, on the other hand, prefer to let ideas come to them as they write, allowing more freedom than an outline might provide. Other writers do a mixture of both, creating general guidelines beforehand, but diverging as they feel fit. 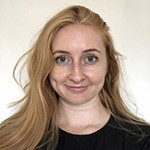 Short Com has announced the second edition of its annual TV Sitcom Writing Competition for 2021. The competition seeks to find the best new emerging comedy screenwriting talent and help them break into the industry.

After an encouraging debut year, which saw not only a strong number of entries but also an exceptionally tight contest to determine a final short list. The competition was eventually won by Joe Barnes and his script Joy after the collective votes from the expert industry panel of judges. The script reading team was hugely impressed by the number of quality entries and the overall positive feedback from entrants, so much so we are looking forward to its second iteration.

The final shortlisted writers will be presided over by a panel of industry experts. We are really pleased to have on board Michelle Farr-Scott, Head of Scripted at Ranga Bee Productions. Sam Underwood, producer of Channel 4’s Lee and Dean. And Sam Ward, producer of the BBC show Mandy starring Diane Morgan.

Focuses on children's, young adult, and pop culture nonfiction. Likes stories of hope and humor, rom-coms, strong female leads, and magic of all sorts. Also interested in LGBT+ and BIPOC. Not keen on murder.