How did I get here? My Writer’s Journey from Reluctant Author to Movie Option I have had numerous requests asking me to write about my journey from a reluctant author to having a movie option for my book. It all started with a Tweet.

Here is how it goes:

I had no intention of writing a book. As I’ve said to many friends and strangers, I had no aspirations of being an author. Books take too long and are too difficult to write.

Well, we know that changed. It was a circumstance that turned me into an author. It began as a curiosity when I was approached by a would-be presidential assassin, Sara Jane Moore, the 45-year-old mother and doctor’s wife who pulled a gun from her purse, took aim and fired a bullet at the head of President Gerald Ford and missed his head by a mere six inches.

She wanted to meet me. She sent a note to the publication where I worked at the time. She had seen an article that I wrote about Sybil Brand Women’s Prison in Los Angeles and the class action suit that had been brought against them.

After her court hearing and sentencing she ended up at the Federal Correctional Institution, Terminal Island in San Pedro, CA and that is where our “relationship” of sorts began.

It was not until January 1976 that I went to meet her for the first time. It was a whole new world, prisons and such. I’ve told his story before, but I’ll relay it again here:

There I was sitting in this big empty room: A human warehouse. I had seen pictures of Sara Jane, but I was not prepared for what happened next.

A woman came through a door on the opposite side of the room. She had curly brown hair, rosy cheeks and a very purposeful walk. She was wearing street clothes so I assumed she worked there. When she approached me, she said:

Huh? Are we going to lunch?

This is quintessential Sara Jane Moore, as I learned. Charming, gracious, highly intelligent, with impeccable manners and as I learned later, perfect penmanship and flawless grammar.

I agreed to help her send birthday and Christmas gifts to her son: a nine-year-old whose mother just tried to assassinate the president of the United States.

So, that is how our acquaintance began and it just rolled along from there. I had no agenda. I had no plans to write about her. As I mentioned earlier, I did not write books.

My relationship with a felon

I moved around the country a bit and she was moved to several different facilities over the years until she ended up in the prison in Pleasanton near the San Francisco Bay Area, and I ended up there as well.

It was at that juncture that my job circumstances had changed and I went to see her a few weeks later.

“So now maybe it’s time to get back to your real writing,” she said.

“Well, what would that be?”

“It’s time for you to write my book,” she said in all seriousness.

I finally said I’d look into it, but I needed to actually interview her, like a real journalist. So, I suggested we set up some meeting times and I’d need to work with the prison so I could bring in a digital-recorder and note paper. But first while there I asked her what it was like growing up in Charleston, West Virginia.

So here is where I need to set the stage, so to speak:

“So, Sally, what was it like to grow up in Charleston, WV?”

“How do you know that?” she said, through gritted teeth.

“It was all over the news. Everyone knows that.”

That was my first red flag. In other words, because she didn’t tell me, I couldn’t know that about her. It all went downhill from there. She demanded that she control everything I write and I couldn’t talk to anyone she did not approve of.

I told her it doesn’t work that way and she said, “Then I am no longer at home to you.”

Did this story need to be told? Was it a compelling story? Writing a book was foreign to me. It was a world I didn’t know and had never aspired to. I didn’t know what I didn’t know. I began to research Sara Jane Moore and reconcile what I learned about her to what I found in reporting about her and information that was online. Nothing matched up from any sector. I found the court documents from her hearing, and that was the most remarkable piece of information. What Judge Conti said and what I saw online completely contradicted the press. She did not shoot wild and she was not acting alone.

I found and interviewed her brothers, neighborhood friends and the FBI case agent who was assigned to research her life for the feds. Everything that was in the press and online was false, but deliberately put out there to calm the public as President Ford was safe and the feds just wanted it all to go away. This information directly from the case agent who got the records “unsealed” and said it was time to set the record straight after almost 30 years.

I think because of this new and remarkable information plus the additional research about the political client of San Francisco in the 70s I was able to land an amazing literary agent, Sharlene Martin. I found her through a website, firstwriter.com. She came through via the profile I created looking for nonfiction literary agents. Her determination landed me a contract with Macmillan/St. Martin’s Press. That was 2009: the launch of Taking Aim at The President: The Remarkable Story of The Woman Who Shot at Gerald Ford.

As Sharlene had lived and worked in Los Angeles and was closely tied to the TV industry, she worked her contacts to try and get Taking Aim picked up by HBO, Showtime, TNT and Lifetime. No interest. What came back was a resounding “No one cares about a person who was so awful to her kids, her parents, lovers or anyone else. There is nothing redeeming about her and nothing sympathetic. So, after about two years of trying, we both just let it go. I did have a “screen proposal” page on my website, as did Sharlene.

Occasionally I had emails from time to time expressing interest in doing a documentary or film, but nothing ever happened. So, when I got the contact via my website in 2015 from some guy named Andrew Logan suggesting Taking Aim would make a “compelling” movie and asked me if I still had the rights, I was not impressed, but sent it on to Sharlene as usual.

Well, obviously this time was different and as of this writing, Andrew Logan and Taylor Allen are award winning screenwriters and executive producers of the movie, Chappaquiddick. With that one now out of the way, they are working full time on the screenplay for my book. If all goes well, the completed movie could premier in 2020.

How did they find me?

The question I get the most is how did they find me? Who was looking for a woman, so obscure in the history of assassins who missed and was purposely buried in the historical annals? No one. Except Twitter.

Taylor received a Tweet from one of those historical websites that writes: “On this day in September, 22, 1975, in San Francisco, Sara Jane Moore shot at Pres. Gerald Ford in front of the St. Francis Hotel.”

He clicked on it and saw a bio of Sara Jane. Then he did a Google search and he found my book. Being the curious guy, he bought it and read it, talked to his writing partner, Andrew, and there you have it. 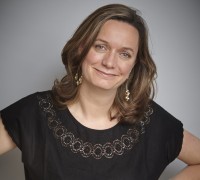