Scripting a fresh narrative in Indian publishing, the year saw a sustained interest of both publishers as well as readers in non-fiction while a new wave of authors -- spanning genres and languages -- came to the fore both on the bestseller charts and through recognition at major literary awards.

In fact, the rising popularity of non-fiction and memoirs has been a significant trend over the past few years, but 2018 was the year when the genre firmly cemented itself as the favourite of the readers in India.

This is evident as leading publishers and literary agents have now become sceptical when it comes to considering fiction manuscripts -- some have even set aside only two days of the week for such submissions -- while non-fiction commissioning has climbed a notch higher. 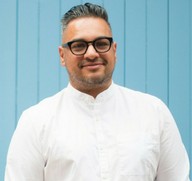 The Borough Press has teamed up with The Good Literary Agency to open submissions for un-agented BAME writers with the one winning applicant set to secure a £10,000 publishing contract, agency representation and mentoring from writer Nikesh Shukla.

Assistant editor Ore Agbaje-Williams is calling for authors from BAME backgrounds who have written a literary or literary-commercial novel in keeping with the spirit of The Borough Press list - books people want to talk about, either to question or agree; books that span the globe, whether near home or far afield; energetic, modern and eclectic books that inspire passion in readers - to enter the open submission.

A new award for funny new female authors has been given a major boost.

The new Comedy Women in Print Prize, launched by Helen Lederer at this year’s Edinburgh Fringe, has joined forces with publisher HarperFiction, to award the winning aspiring novelist a publishing contract and a £5,000 advance.

The runner-up will receive a free place on the MA course in creative writing at the University of Hertfordshire.

The Papatango New Writing Prize, now in its eleventh year, opens for submissions today, 6 December 2018, until 9pm on 17 February 2019.

The Papatango New Writing Prize was the UK's first - and remains the only annual - opportunity guaranteeing a new writer a full production, publication by Nick Hern Books, a royalty of 10% of the gross box office, and a £6000 commission with full developmental support for a follow-up play.

American novelist Jonathan Franzen has drawn the ire of fellow writers, who are mercilessly trolling him following an article in which he lists his 10 writing rules for aspiring novelists.

No stranger to controversy, Franzen often ends up in public spats after media tours for his new books. His most famous was in 2011, when he derided Oprah’s book club following her selection of his novel The Corrections – after which Oprah disinvited Franzen from appearing on her show.

Franzen’s 10 rules, published on Lithub, include: “You have to love before you can be relentless”, “you are more sitting still than chasing after”, “It’s doubtful that anyone with an Internet connection at his workplace is writing good fiction”, and one that has particularly drawn the ire of library lovers: “When information becomes free and universally accessible, voluminous research for a novel is devalued along with it.”

Publica is a new publishing platform that using blockchain and cryptocurrency technology to innovate how books are funded, distributed, bought, and read. For readers, libraries and institutions Publica offers “books without borders” via an ereader-wallet app for digital book ownership, which is portable to any device. For authors and publishers, it offers personalised online storefronts, designed to their own business models and at their own prices, with their book sales cryptographically protected by a global peer-to-peer blockchain network.

Major publishers such as Simon and Schuster, HarperCollins, Hachette and Penguin Random House have all reported that digital audiobooks continue to soar, while ebooks still generate meaningful revenue, although sales are soft.

HarperCollins recently stated that digital audiobook sales also had another great quarter, up 55% over the first period of fiscal 2018. The growth in audio offset soft e-book sales, resulting in a 12% increase in total digital sales in the quarter; ebook and digital audio represented 22% of total HC revenue in the period.

Will the chatbot novel become a new trend for book publishers?

eBooks and audiobooks are now consumed in their droves, and yet they remain a mere alternative to the traditional paper or hardback book.

And when it comes to marketing, apart from a few juggernauts like J.K Rowling (more on her later), not many authors receive the investment or resources needed for large scale digital or social campaigns.

So, how do publishers tell (and sell) stories to a digital audience? American author James Patterson is the latest author to experiment with a new strategy. He has teamed up with Facebook to release an ‘interactive’ version of his latest novel, ‘The Chef’, on the Messenger platform.

Is it a marketing gimmick, or a glimpse at how we will consume and enjoy books in future? Here’s more.

Lawyer and writer Justine Barker has launched a new literary agency focusing on children’s and YA books.

Mayfair Literary Agency will represent authors writing picture books, junior fiction, middle-grade and YA titles, and is only open to Australian writers. The agency is currently accepting submissions by previously published authors, and also has a pre-submission pitching service open to unpublished authors.

US trade sales increase despite a fall in publishing revenues

Publishing revenues declined 1.4% in the US in the first three quarters of the year, despite a rise in trade revenues of 4.4%, according to the Association of American Publishers (AAP).

Trade publishing revenues increased 4.4% to $228.3m compared to the same period in 2017 and adult books - the largest category - experienced a rise of 4.4%. Publishers revenue for children’s and young adult books (+3.5%) and religious presses (+7.6%) also increased.