The news on Monday that the Bologna Children’s Book Fair has been rescheduled to May 4–7 due to the spread of the COVID-19 coronavirus has left North American publishers and agents scrambling. Most are working to reschedule appointments, hoping that other attendees will agree to shift their existing appointments to the new dates. 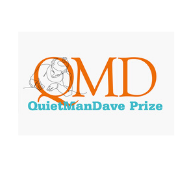 It was also a labor of love for the 12 students in an upper-level course on the publishing industry taught by instructor Heather Bartlett in the English Department. Those students served as editors, soliciting, selecting and editing submissions for the first issue published in December.

While there are many online literary magazines that feature the work of undergraduate writers, including Cortland’s own Crystallize Review, few are in the mold of Hoxie Gorge Review: a magazine run by undergraduates featuring the work of national writers.

Fasehun got her start working under Academy Award-winning producer Michael Phillips at Lighthouse Productions. She then spent six years as a film production, sales, and distribution consultant at Submarine Entertainment/Deluxe. She joins Buchwald from UTA, where, as a member of their team, she helped spearhead the agency’s Diversity initiative.

UPDATED with WGA and ATA statements and more details: Another full-service agency and Association of Talent Agents member, APA, has reached a deal with the WGA. The agency, which immediately will resume its representation of writers, also said it will bring the Television and Motion Picture Literary businesses together under the banner of APA Scripted Literary.

APA is the latest member of the Association of Talent Agents to break ranks and sign the guild’s new franchise agreement. Its deal comes just days after fellow full-service agency Gersh also signed with the WGA. The other four association members to make WGA deals are Buchwald, also a full-service agency; literary boutiques the Rothman Brecher Ehrich Livingston agency and the Kaplan Stahler Agency; and Pantheon. Non-ATA member Verve, also lit-focused, was the first mid-size agency to reach an agreement with the WGA last May. 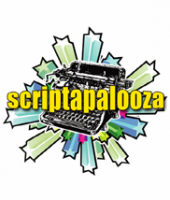 Is your script ready? Are you ready? Is it time to finally let your writing be shown to others?

Everyone has a story to tell and your screenplay can win $10,000 and be promoted for a year! The 22nd Annual Scriptapalooza Screenplay Competition is accepting screenplays.

Since all the judging is done, without knowing any details about the writer, it truly levels the playing field.  There are over 90 judges (producers, managers, and literary agents) who read your script and don’t know if you are a wine grower in France, a stay at home mom, or a hot shot film student from NYU.

UK and Europe writing award with £6,000 prize opens for submissions

Falmouth University is welcoming submissions for a writing award with a prize of £6,000.

The 2020 Nick Darke Writers' Award is now open for submissions.

Funded by the university's Academy of Music and Theatre Arts (AMATA) and School of Communication, the award is open to all writers in the UK and Europe aged 16 and over.

Calling young aspiring writers! This spring, Sally Cookson's critically acclaimed stage production of A Monster Calls heads to Coventry as part of a brand new UK tour, and to celebrate, the company has launched a creative writing competition open to young people aged 10-25.

Based on the award-winning children's novel by Patrick Ness and Siobhan Dowd, A Monster Calls tells the story of 13-year-old Conor O'Malley, who is visited by a monster while struggling to cope with his mother's illness. Over the course of several nights, the monster tells Conor stories that help him to face up to his fears.

Which best-selling book series are penned by more than one writer?

Lee Child has quit the Jack Reacher series and asked his brother to write them - so which other authors have done a similar thing?

The author of the best-selling Jack Reacher novels has revealed he is stepping aside and letting his brother write them.

After the move by Lee Child - whose real name is James Grant - Sky News takes a look at authors who have used other writers to take over their bestselling series.

Seven book publishers have settled a lawsuit with Amazon's Audible over a captioning service that could allow people to read along while listening to books, according to court papers filed this week.

Settlement terms have not yet been revealed. U.S. District Court Judge Valerie Caproni in the Southern District of New York, who presided over the litigation, officially dismissed the matter Tuesday.

They argued in a complaint filed in federal court last August that Audible's captioning service could directly compete with their own physical books and e-books. Hachette and the others alleged the service would infringe their rights by “taking copyrighted works and repurposing them.”