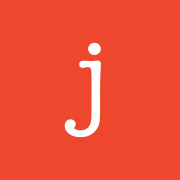 Represents presidential contenders, diplomats, journalists, historians, scientists – and others with a unique and compelling story to share.

Publishes poetry that responds to, explores, or is inspired by a piece of art, and fiction and nonfiction of any kind, including book interviews or profiles, and articles about ekphrastic writing. Accepts submissions in alternate months only. Closed to submissions in February, April, June, August, October, and December.

This year, I had only one New Year’s resolution: to receive a rejection letter from a literary agent. This wasn’t because I didn’t want to succeed. It was because rejection isn’t the opposite of success, but a necessary step on the road to accomplishment.

Rejection sucks. It’s inevitable, but still — it sucks. This problem is especially prevalent here at Princeton, where students who were their high school’s star athlete or lead actor or first chair find themselves suddenly surrounded by people who are, let’s face it, more talented than them. So often, Princeton students will go through audition after interview after application and face rejection after rejection after rejection. I’ve certainly had my fair share here, and I won’t pretend that it didn’t shatter my self-esteem a little.

In a release about the deal, Folio said authors at ESA have won a host of major literary awards, including the Nobel and the Pulitzer. And Gruen's 2006 novel, Water for Elephants, has Folio noted, sold over 10 million copies worldwide.

CalArts’ MFA Creative Writing Program—a two-year master’s degree dedicated to fostering the experimental impulse, is seeking applicants for Fall 2020.  A non-tracking program that allows students the freedom to study across genre and form, CalArts MFA Creative Writing Program is designed for writers who want to push beyond traditional boundaries and discover new modes of expression through language. With new faculty members Michael Leong and Anthony McCann, and exciting guests including the 2020 Katie Jacobson Writer in Residence, John Keene, there’s never been a better time to apply.

Centered in the storied creative laboratory that is CalArts—an electric community of boundary-pushing visual and performing artists—the program’s rigorous courses can be supplemented by enriching electives from across the institute. CalArts incredible faculty, stellar reading series, and genre-busting literary magazine, SubLevel, afford our students the opportunity to work and study with some of the most exciting writers publishing today. Postgraduate professional development opportunities such as teaching fellowships, and artist residencies, gird our graduates for the demands of life as a working writer.

Usually accepts submissions from Canadian authors only. Send query by post with SAE with sufficient Canadian postage for return, with author bio, synopsis, and first three chapters up to a maximum of 50 pages.