Point of View Quickly Brings a Story to Life

Intimacy with characters will hook your readers

A close point of view, whether first person or third, will supply the inner meaning to a story. Such an intimate point of view brings to any piece of fiction insight, warmth, understandable human foibles, and an empathetic reader attraction to the character. This “limited” point of view facilitates a direct transmission of emotion. Without such a specific character perspective, all the readers have to enlighten them is outer description—although externals can, of course, go a long way to pointing to feeling and shoring up emotional declarations.

The bottom line in regard to point of view is that today’s techniques of writing fiction have moved well beyond the unfocused omniscient voice of another, less sophisticated time. More than 90 percent of fiction written currently is presented in a limited third person voice. While, in my opinion, first person point of view can work equally well, I feel neither editors nor readers will tolerate the distant and overly formal convention of yesteryear’s omniscient viewpoint.

"Come in and wash up, sweetheart," the father called, holding the door open for his wife, while coaxing Janet out of hiding.

Now suppose the author were to actually write this from the father’s viewpoint.

"Come in and wash up, sweetheart," Daniel called, holding the door open for his wife, while coaxing Janet out of hiding. All Daniel wanted at dinner tonight was a bit of peace. Lil had been edgy lately in a way that mystified him. Perhaps he was himself to blame, as the head of the household—the man, the husband. But then Lil took out her unhappiness on Janet. And Janet could no more help being Janet than, well, okay, than Lil could help being Lil. Being the peacemaker, he was the one who had to make this work.

Point of view is one of the most important elements in fiction and often very poorly understood by new writers. All scenes should have a character point of view and only one point of view—though a chapter or an entire novel can have many different points of view. Changing point of view within a scene is frowned on these days, however, and is called “head hopping.” While you will find examples of that in many an established author’s work, the use of more than one viewpoint within a scene won’t be accepted by agents or editors from a novice writer.

What I also see in regard to point of view is a miscomprehension of “show don’t tell.” We do tell when we tell from a particular point of view. If we don’t tell, we have a rather dry expression of character emotion.

"She struggled with the latch and shot Joe an angry look when the box wouldn’t open."

Well, okay, we now know she’s angry, but she may be feeling and thinking a lot of other things, things that can’t be seen from the outside.

"She struggled desperately with the latch. The box had to open. She wanted to take a hammer to it, but if she broke the thing, Hester would know she’d seen what was inside. She could have wept, but instead took her frustration out on Joe, sending him an angry look to say this whole miserable situation was his stupid fault."

What happens generally in the case of a writer trying to avoid “telling,” is that the author will fall back on dialogue. Well, dialogue and plenty of it is a very good thing. But dialogue doesn’t fill the bill alone for at least a couple of reasons. The point of view character isn’t going to tell Joe that she could weep from frustration, and also, we want to vary our delivery of absolutely every type of communication we make to the reader. We can’t just have talk.

We do, indeed, want dialogue, but we also want point of view narration. We want the character to say whatever she will say to Joe and also want her to keep her emotions hidden in the way that would be appropriate to her and suitable within the relationship. The reader, however, is entitled to know the POV character’s innermost thoughts, and thus, we tell. Telling broadens what we can share with the reader.

As an exercise, take a scene from your own writing and see if you’ve used a specific character’s point of view and only one POV in that scene. Do you tell what can’t be said in dialogue? Or do you only share character insights in dialogue and not in narration? Try a rewrite and see how that goes.

All this falls within what we do in establishing and using point of view. 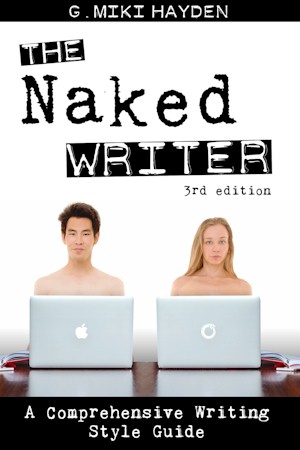 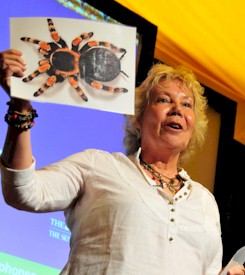 A matter of perspective
By J. Paul Dyson
A Few Amateur Goofs to Avoid
By G. Miki Hayden
How publishers are using augmented reality to bring stories to life

How I got my book published - An interview with author, Stephen Nuttall
Twenty-first century publishing options
By William G. Tedford

Why is it so hard to sit down and write?
By Emily Hanlon 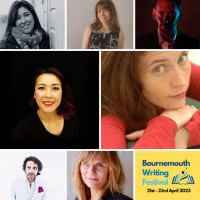