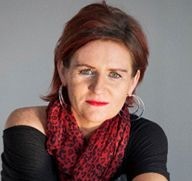 Crime author Kimberley Chambers and HarperCollins have launched a writing scholarship, the 'Kickstart Prize', in association with Peters Fraser and Dunlop (PFD) Literary Agency and CrimeFest.

The prize, announced at Crimefest in Bristol on Saturday (19th May), aims to "kick open doors to writers who need a leg up into the world of publishing", through a £1,000 bursary to help with writing essentials, time with Chambers’ editor, writing tips and feedback, and an offer of representation from PFD. 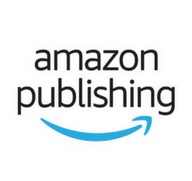 Amazon Publishing is breaking into non-fiction in the UK through imprint Little A.

The retailer's publishing arm has been “keen to explore quality non-fiction from UK authors for some time”, according to editorial director Laura Deacon, and is calling on agents to submit a broad range of titles ranging from history, science, lifestyle and popular culture. Agents The Bookseller spoke to have greeted the news with enthusiasm.

Amazon Publishing currently publishes fiction under four imprints in the UK: Thomas & Mercer, Lake Union Publishing, Montlake Romance and 47 North. In the US, Little A publishes literary fiction and non-fiction, but in the UK it will currently just focus on non-fiction. 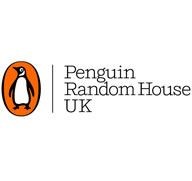 The Daily Mail and Penguin Random House have launched the third year of their nationwide competition to search for a new writing talent.

The winner will receive a £20,000 advance and publishing contract with PRH imprint Century and the services of literary agent Luigi Bonomi.

Entrants are invited to submit the first 5,000 words of their novel, along with a 600-word synopsis. Submissions can be of any adult genre except for saga, science fiction and fantasy. Entrants must not have had a novel published before.

Indian-American filmmaker Adi Shankar has come up with a solution to the problem of The Simpsons' character Apu: he wants to hand the character over to the fans for a rewrite.

The character has become the subject of controversy in recent months, especially after the release of 2017 documentary The Problem With Apu, which discussed the way the long-running TV series has helped to perpetuate the (negative) stereotypes of Indian-Americans, as well as the problems of having a white actor putting on a heavy accent to voice the character.

As if the world weren't already full enough of awful human poetry, now the robot overlords want in.

Researchers from Microsoft and Kyoto University were interested in whether they could invent an AI that writes poetry inspired from images, "generating poems to satisfy both relevance to the image and poeticness in language level." Some of the poems produced are pretty objectively abysmal. Others, surprisingly passable.

Here's one inspired by a photo of a dead crab: 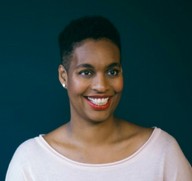 Pree offers new contemporary writing from and about the Caribbean, including fiction, non-fiction, essays, interviews and experimental writing giving the authors “international visibility far beyond the islands”.

Lovegrove is publisher of the magazine and also publisher at Little, Brown imprint Dialogue Books, which is dedicated to inclusivity. Joining her at the online magazine is editor-in-chief Annie Paul, who is based at University of the West Indies, and editors include Jamaican writer and environmental activist Diana McCaulay, cultural analyst Isis Semaj-Hall and New York-based essayist Garnette Cadogan. The magazine’s creative director is designer Nerys Hudson. 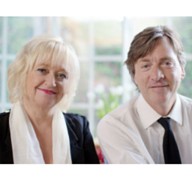 Richard Madeley and Judy Finnigan are launching their third “Search for a Bestseller” competition to find a promising first-time writer. The prize is a £30,000 publishing deal with Bonnier Zaffre with specialist advice from literary agency Furniss Lawton.

The competition is supported by W H Smith and will open to unpublished writers today (19th April 2018). Writers must submit 10,000 words, plus a synopsis of the novel and the work must be a piece of original fiction aimed at adults. The full terms and conditions can be found on the Richard and Judy website.