PublishDrive's subscription pricing option was released on October 4, 2018, the first of its kind in the ebook self-publishing space. Designed for authors selling at least $1,000 monthly, it allows authors to keep 100% of their royalties (after the stores' fee) by paying a flat monthly fee of $100 - no matter how high sales go.

Traditional royalty share options offered by self-publishing services take an average 10% of royalties, which can be significant for high-earning authors. To show that subscription pricing is a smarter choice for high-earners, PublishDrive studied author Rachel Morgan's experience after she enrolled in their new pricing option.

A source also tells THR that Lubliner is bringing with him the following clients: About a Boy co-writers and brothers Chris and Paul Weitz, Beatriz at Dinnerdirector Miguel Arteta, Detective Pikachu director/co-writer Rob Letterman and Juliet, Naked co-writer Jim Taylor, among others. 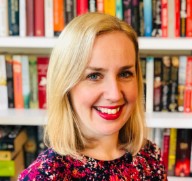 Kate Burke has joined The Blake Friedmann Literary Agency as a senior agent and will focus on commercial fiction.

Burke previously worked as an agent at Northbank Talent Management for six years, and before that spent 10 years as a fiction publisher, at Headline, HarperCollins and Penguin Random House. 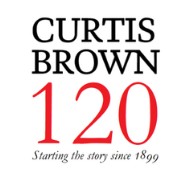 Curtis Brown is to celebrate its 120th birthday with a series of events spearheaded by a team of young agents, culminating in the Curtis Brown 120 Novel Writing Prize.

Founded in 1899 by Albert Curtis Brown, one of the UK’s longest running independent literary agencies. This year Curtis Brown plans to “celebrate its heritage and offer a unique opportunity to the future.” Agents including Lisa Babalis, Becky Brown, Catherine Cho, Lucy Morris and Norah Perkins will help lead the year's events.

The celebrations will culminate in the Curtis Brown 120 Novel Writing Prize, a mission to find the voices of the future, launched in partnership with the Curtis Brown Creative writing school. The prize will be open to novels both finished and unfinished, across all genres of adult fiction. Details of judging panels, process, prizes and submission dates will be revealed in April. 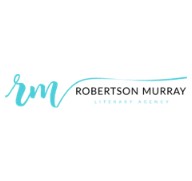 Representing fiction, general non-fiction and children’s books, the agency, first announced last summer, is a division of Hilary Murray's talent agency Arlington Management Ltd and is being headed up by Robertson, who most recently was sales and marketing director and paperback publisher at Faber and Faber. 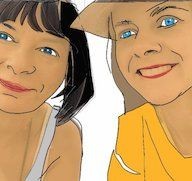 Collab Writers is a global community for creatives to connect, collaborate and create on poems, flash fiction, short stories and ;novels - and to get those stories on screen.

At the heart of the startup is a hub where members can collaborate to create and publish their work, with assistance and guidance from the Collab Writers team. They will also connect the best writers to the film world, to help adapt their work.

"Collab Writers is a call to action to rise up off the sofa, turn off the box set and awaken your inner creative through connecting and collaborating with like-minded creatives."

After the astonishing success of the last three years, XpoNorth’s Writers’ Tweet Pitch is back.

On Friday 11 January, from 9am-9pm, writers from across Scotland can tweet pitch their work to a panel of Scotland’s literary agents and publishers.

Twitter channels will be open to pitches of unpublished fiction, nonfiction and writing and illustration for children from writers living and working in Scotland. Their projects can be complete – or may still be in development. 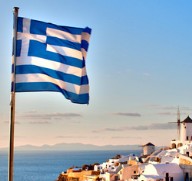 Papadopoulos Publishing, an Athens-based publisher that has been running for more than 70 years, is setting up an imprint in the UK to publish children’s books.

Faros Books will be based in London and will launch in February and will publish 10 titles in the first year, 10-14 in the following year and the aim is to publish 15-20 books in 2024. Most will be translated from Greek.

M.d. of Papadopoulos Publishing Ioannis Papadopoulos said he wanted to launch a business in London because the city is a centre of English language publishing across continents, and is closer to Athens than alternatives such as New York.

When it came to kid's presents this year one of the most popular items in Santa's sack was a new book.

Publishers are celebrating an industry boom with children's titles flying off the shelves.

The increase in sales is being put down to a number of factors, including a higher quality of offerings on the shelves.

Bottleneck at printers derails holiday book sales in US

THIS year has been, much to everyone's surprise, a blockbuster for the publishing industry. Despite the relentless news cycle, readers have bought books in droves.

Hardcover sales are up, and unit sales at independent bookstores have risen 5 per cent. Multiple titles - Bob Woodward's Fear, Bill Clinton and James Patterson's The President Is Missing and Michelle Obama's Becoming - have passed the million-copy mark, while there is also a surprisingly strong appetite for literary fiction.

But what should be good news for publishers, agents and authors has created headaches during the crucial holiday sales season, as printing presses struggle to keep up with a surge in demand, creating a backlog that has led to stock shortages of popular titles.