In a release about the deal, Folio said authors at ESA have won a host of major literary awards, including the Nobel and the Pulitzer. And Gruen's 2006 novel, Water for Elephants, has Folio noted, sold over 10 million copies worldwide.

CalArts’ MFA Creative Writing Program—a two-year master’s degree dedicated to fostering the experimental impulse, is seeking applicants for Fall 2020.  A non-tracking program that allows students the freedom to study across genre and form, CalArts MFA Creative Writing Program is designed for writers who want to push beyond traditional boundaries and discover new modes of expression through language. With new faculty members Michael Leong and Anthony McCann, and exciting guests including the 2020 Katie Jacobson Writer in Residence, John Keene, there’s never been a better time to apply.

Centered in the storied creative laboratory that is CalArts—an electric community of boundary-pushing visual and performing artists—the program’s rigorous courses can be supplemented by enriching electives from across the institute. CalArts incredible faculty, stellar reading series, and genre-busting literary magazine, SubLevel, afford our students the opportunity to work and study with some of the most exciting writers publishing today. Postgraduate professional development opportunities such as teaching fellowships, and artist residencies, gird our graduates for the demands of life as a working writer. 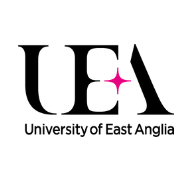 The University of East Anglia is marking 50 years of its pioneering creative writing MA with a programme of events including a new international chair of creative writing position occupied in turn by five prominent writers from around the world.

Founded by Malcolm Bradbury and Angus Wilson in 1970, the course was the first of its kind in the UK and counted Ian McEwan as its debut student. UEA will now mark the anniversary with a national and international programme of events, activities and initiatives to run across the 2020/2021 academic year.

But no, these are not your typical nudes. Since 2016, Bad Nudes “has been pairing dynamic and innovative writing with boundary-pushing design.”

Avid Bad Nudes readers will be able to revisit writers who particularly made a mark on the magazine. The anthology features new poetry and prose by authors whose contributions made a significant mark at the publication. It was designed and laid out by Sandy Spink.

The anthology, launched on Oct. 20, will be Bad Nudes‘s first print exclusive.

Fawn Parker, co-founder and poetry editor, feels that the anthology gives the magazine a chance to publish its milestones.