End of an era for book publisher Penguin

It is the end of an era for one of the most famous names in book publishing.

Penguin is being sold by Pearson, its owner for the last half-century, as the company focuses its activities exclusively on education.

Pearson today announced that it was selling its remaining stake in Penguin Random House, the book publishing joint venture it formed six years ago with Bertelsmann, the German media group.

The company originally owned 47% of Penguin Random House when the joint venture was set up in 2013.

It sold a 22% stake in the business to Bertelsmann, its joint venture partner, for $1bn in July 2017.

Galley Beggar Press, the tiny literary publisher behind acclaimed novels including the Booker-shortlisted Ducks, Newburyport and women’s prize for fiction winner A Girl Is a Half-Formed Thing, has been forced to make a public appeal for support after the Book People’s fall into administration left it with a £40,000 hole in its finances.

Galley Beggar’s co-director Eloise Millar turned to crowdfunding on Wednesday to ask for urgent help from readers as it faces “the biggest crisis in its seven-year history”. The publisher entered into a partnership with the discount retailer earlier this year when Lucy Ellmann’s novel was shortlisted for the Booker. Galley Beggar produced 8,000 special editions of the novel, costing it around £40,000.

The Choose Your Own Adventure publishers are trying to get the phrase banned from Itch.io

Chooseco, which publishes the famous Choose Your Own Adventure series, is apparently trying to stop indie game developers from using the phrase “choose your own adventure.” It’s sending trademark infringement notices to the Itch.io gaming storefront, and so far, they’ve resulted in four game pages being suspended.

Itch.io founder Leaf Corcoran told developers about the takedowns this afternoon. “Warning to any devs using the phrase ‘choose your own adventure’ to describe their games, Chooseco is issuing takedown notices,” he wrote on Twitter. Corcoran tells The Verge that the games include Purrfect Apawcalypse, an “apocalyptic dog dating choose your own adventure game”; a “choose your own dating sim text adventure” game called It’s a Date; an unofficial GameBoy game called Choose Your Own Adventure GB; and New Yorker writer Luke Burns’ A Series of Choose Your Own Adventure Stories Where No Matter What You Choose You Are Immediately Killed by a Werewolf, whose plot is self-explanatory. 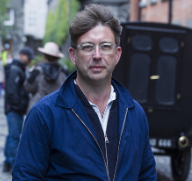