The religion publishing category is as strong as ever, interviews with several with literary agents found. Among the favorable trends they pointed to are a growing interest by publishers in the beliefs and behaviors of younger generations as well as an increase in the types of self-help books being released.

According to Kathryn Helmers, managing partner at Creative Trust Literary Group, readers are keen to move beyond books based on traditional thinking about the Christian faith—proper beliefs, a Bible-based worldview, and didactic teachings. Instead, readers are looking for “an ethos that values experience over knowledge, authenticity over authority,” she says. 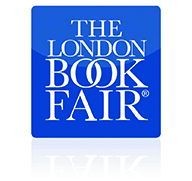 The winners of the London Book Fair Awards 2020 have been revealed with the LBF International Excellence Awards, CAMEOs and UK Book Blog Awards all taking place online with the prizes posted to winners after the event was cancelled due to the coronavirus outbreak.

The winners of the London Book Fair’s International Excellence Awards, in association with the Publishers Association, have been announced, with Europe and Asia leading the way with five and four winners respectively.

Shortlisted in three categories, Karadi Tales (India) took home the Audiobook Publisher of the Year. The judges congratulated it on its “firm commercial focus on their future web-based strategy, and continued dedication to both educating and entertaining young people in India.” Maadi Public Library in Egypt was crowned Library of the Year, with judges praising the library’s “sheer energy, diversity and vibrancy”.

The Competition and Markets Authority (CMA) is concerned that the loss of competition brought about by the proposed merger could result in university textbooks costing more.

Woody Allen’s memoirs: this is the behaviour of censors, not publishers

He is, after all, one of the great American writers and directors. And the notoriety and outrage that have continued since his daughter Dylan Farrow accused him of sexual abuse bring additional interest regarding what he might have to say on the subject. Following the staff walkout on Friday, and critical statements from Dylan and Ronan Farrow, they have now dropped the book. Very swiftly, the book became too damaging to Hachette’s reputation to publish.

This is worrying for writers and for readers. The staff at Hachette who walked out last week clearly thought that they were doing the right thing morally – protesting against the publication of a book by a man who has been accused of abusing his own child. But, as has been repeated many times, Woody Allen was investigated on two occasions and has never been charged. While Dylan and Ronan accuse Woody Allen, he has not been found guilty. Nothing has been proven. There is in fact no acceptable reason for not publishing Woody Allen’s book.

Coronavirus in the UK: an unlikely ally for aspiring novelists

You don’t come to the Arts pages of a newspaper to read about coronavirus. This should be a World Health Organisation-free zone, the last place you expect to find updates on Government action plans. We do ballet here. I understand all that but, please, bear with me, because I think I have some good news. Or at least the glint of a silver lining.

Earlier this week, the London Book Fair was cancelled (don’t worry, that’s not the good bit) amid concerns that thousands of publishers and literary agents flying in from all over the world to shake hands and breathe on each other might not be very sensible right now. 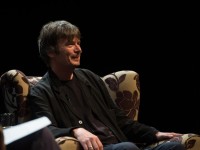 One of the world’s biggest international literary events, the London book fair, has been cancelled over coronavirus fears, amid growing anger that the delay in calling it off was putting people’s health at risk and an unfair financial strain on publishers.

Organiser Reed Exhibitions announced on Wednesday that the escalation of the illness meant the fair, scheduled to run from 10 to 12 March, would be called off. Around 25,000 publishers, authors and agents from around the world had been due to attend the event, where deals for the hottest new books are struck.

The name change, announced over the weekend at the company’s annual retreat, comes 18 months after Robert Attermann, Brian Cho, and Adam Bold acquired the agency,

“When we purchased the agency in 2018, we set out to be the premium brand we now are,” Bold said. “We said we’d have diversity, and we do. We’re not only promising to be something different; we are something different. We’ve hired top-tier agents from diverse backgrounds, we were the first agency to launch a digital studio, and we recently expanded internationally with an office in the UK.”

A series of events for crime fiction fans will take place at Alphabetti Theatre, Newcastle this spring, bringing together people from the two very different worlds of fact and fiction.

Across the three events, celebrated writers AA Dhand, Oliver Harris, Jessica Moor, Judith O’Reilly and Mim Skinner will be paired with experts who will offer unique insight into how contemporary issues are dealt with in real life.

Experts taking part in Crime Story include three Northumbria University academics - ​Dr Nicci MacLeod, a forensic linguist, who has written on women in the criminal justice system; ​Professor Mike Rowe, a criminologist who specialises in policing culture and reforms; and​ Professor Lars Holmquist, an internationally-leading researcher in human-computer interaction.