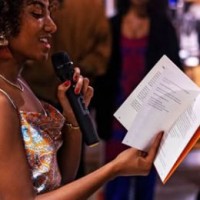 Live: Publishers postpone major titles until pandemic is over

In light of the coronavirus outbreak and the government's advice regarding social distancing, many publications are being postponed until the new year, to prevent authors missing out on crucial face-to-face promotion.

Bookshops have also taken a major hit during the pandemic. Whilst many started to move online, taking orders via social media and email, the suspension of Hive and Gardners meant many had to stop orders and deliveries all together. Again, this had a knock on effect with publishers, who saw futher reason to postpone the publication of their major titles.

A pandemic thriller, once rejected by publishers for being unrealistic, is now getting a wide release

What happens when a once-rejected dystopian novel turns into reality? Ask Scottish author Peter May.

The screenwriter-turned-novelist wrote a book titled "Lockdown" in 2005 about a global pandemic. Fifteen years later, that's our reality due to coronavirus, which has so far infected more than 1 million people globally.

The book, which was rejected by publishers at the time for being too unrealistic, was finally published on Thursday.

The thriller is set in London, the epicenter of a global pandemic that forces officials to institute a lockdown. The story isn't entirely based on May's imagination. He used British and US pandemic preparedness documents from 2002 to make it was as realistic as possible.

"At the time I wrote the book, scientists were predicting that bird flu was going to be the next major world pandemic," May told CNN. 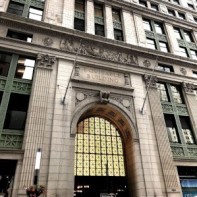 Macmillan Lays Off Some Staff, Temporarily Cuts Some Salaries

Macmillan Publishers has laid off an undisclosed number of employees across all divisions, temporarily reduced pay for select employees, and implemented a hiring freeze, effective April 2. As a result of the layoffs, the Thomas Dunne imprint has been shuttered. The move is part of a larger cost-saving initiative by Macmillan parent company Holtzbrinck, Macmillan said, and in response to the anticipated impact of the new coronavirus pandemic on Holtzbrinck's overall businesses.

Indie publishers face an “existential crisis” during the pandemic lockdown, but remain hopeful they can make it to the other side.

Smaller presses The Bookseller contacted this week said they were having to send out more books themselves, focus their activities online and look for new funding streams, including the Arts Council England (ACE) £50m emergency pot for non-portfolio organisations that was announced last week.

"Sales have just fallen off a cliff,” said Bluemoose Books co-founder Kevin Duffy. “As Gardners has closed, that was a kind of last lifeline for independent publishers. Our distributor NBN is still open, but for how long I don't know. People are still ordering books off the Bluemoose website, but for how long I don't know. Strategically we've had to look at our publishing schedule: given that the government is saying 12 weeks [of lockdown], we will probably be publishing our June title in September, so everything will be knocked back by 12 weeks.” 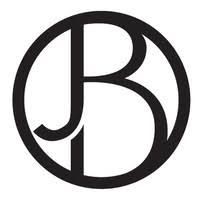 Jonathan Ball Publishers has bought indie Icon Books, in a move that will see representatives from both companies form the management team.

JBP, a subsidiary of South African media conglomerate Media 24, purchased the company for an undisclosed sum, with plans to phase in an expansion process in the future, and retain all staff.

JBP will assume management on 1st April, with c.e.o. Eugene Ashton becoming chairman of Icon Books. Icon managing director Philip Cotterell will be the c.e.o. under the new ownership arrangements.

Covid-19 and the impact on small publishers

In the midst of government rescue packages, payments to big business and payments to those in jobs now lost, the small publishing industry is invisible.

On 22 March, the government met with some arts practitioners and people in music, theatre and other performance arts. Writers and publishers don't seem to have been there.

Small publishers take big risks and often publish writers at the beginning of their career or writers whose work lies on the margin. Then some of these writers win major awards or the cultural curve catches up to their ideas and their work is picked up in the mainstream.

Finally working on that novel as you self-isolate? You're not alone

There’s been a rapid rise in submissions from would-be authors since the coronavirus outbreak. If you’re dusting off your manuscript, here are some things to keep in mind...

If you’re one of those people who always said they would write a novel if only they had the time: this is your moment. As more budding writers self-isolate due to the coronavirus and finally knuckle down on their manuscripts, the publishing industry has already seen a surge in submissions.

Literary agent Juliet Mushens, of the Caskie Mushens agency, usually receives between 10 and 15 appeals for representation a day from new writers. Last Monday alone, she received 27.

“I am all in favour of it,” she said, of the increase. “We all know that social distancing is going to be crucial to how we combat the virus and I think it’s great if people can use that time productively – whether it’s learning the guitar, like one of my clients is, or writing that novel. And perhaps it’s also about people who have already written that novel but were too scared to hit send – they are realising that life is too short and you have to seize the day!”

Are you a new or emerging writer from a working-class background?

Are you a new or emerging writer from a working class background? Would you like to be published alongside an Impac Award-winner, a Booker Prize-winner, two Sunday Times Short Story Award-winners, a senator, playwrights and poets? What about a professional development programme with the help of leading publishers and the Irish Writers Centre.

Well, now is your chance. Next spring, The 32: An Anthology of Working Class Voices will be published in Ireland and the UK. It will include 16 well-known contributors and 16 new and emerging writers. We are launching the search for those new writers today in The Irish Times.

AN ANNUAL poetry competition celebrating the best in new writing for 2020 has been launched.

This year’s entries will be judged by Andrew McMillan, whose first collection, physical, was the only poetry collection to ever win The Guardian First Book Award and was the Poet in Residence at Basingstoke Discovery Centre in 2012. He is also a senior lecturer in the Manchester Writing School.

Announcing the news in his first budget on Wednesday, Sunak said the 20% levy on digital publications, including books, newspapers, magazines and academic journals, will be scrapped from Dec. 1 in time for Christmas.

Sunak said a world-class education will help the next generation to thrive. “Nothing could be more fundamental to that than reading. And yet digital publications are subject to VAT. That can’t be right. So today I am abolishing the reading tax,” he said.