Why U.K. Publishers Released 600 Books in a Single Day

Yesterday, book publishers across the United Kingdom raced to release almost 600 books in a single day. Known within the industry as “Super Thursday,” the massive push was planned in response to a growing backlog of titles that were supposed to be released throughout the spring and summer but, like many events this year, were delayed by Covid-19.

Thanks to the pandemic, the majority of book festivals and literary events planned for this spring and summer ended up canceled. Bookstores around the world have also shuttered due to lack of business: This April, reports Alexandra Alter for the New York Times, bookstore sales in the United States dropped more than 65 percent versus April 2019.

If you're a writer, you know the process of taking your dream of writing a book and making it a reality is not an easy road. While you may have spent countless hours on a manuscript or nonfiction proposal, getting it in the hands of an agent who is the right fit can be one of the hardest parts of the process.

Of course, you can always pitch literary agents the traditional way by sending query letters, though if that's still left your manuscript unsigned, then participating in PitMad might be your next move.

What is PitMad, and how do you submit your manuscript? 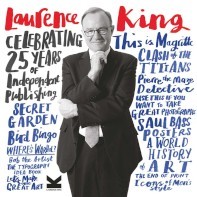 Laurence King Publishing (LKP) has been acquired by fellow U.K.-based publisher Hachette UK in a deal signed August 31. No price was disclosed.

Founded in London in 1991, LKP, which is currently distributed in the U.S. by Chronicle Books, has focused on publishing books and gifts tied to the creative arts. It is likely best known as one on the creators of the adult coloring format and was the original publisher of adult coloring book queen Johanna Basford. Her Secret Garden and Enchanted Forest adult coloring books sold more than 16 million copies globally and were a huge hit in the U.S. In recent years, LKP has become well-known for its gift products.

International Dublin Writers' Festival to be held online this September

CALLING ALL budding writers from across Ireland and beyond.

The International Dublin Writers' Festival is nearly upon us, with this year’s event heading online this September.

Now in its sixth year, the former Writers' Conference will go live next month with an impressive array of online speakers booked for this year.

There will also be a special live pitch session for anyone hoping to get their work published.

While the Covid-19 pandemic may have put paid to some of the usual festivities, the new digital-only festival promises to be quite the occasion before the festival returns for a full event in September 2021.

While August is traditionally a dead zone for book news, one tiny sect of literary Twitter has been busy. Tobias Literary Agency (TLA), a full-service agency that includes among its recent titles The Candy Cane Caper–a dual mystery-cookbook–and that is explicitly looking for non-white and marginalized voices to publish, has fired former assistant agent Sasha White for anti-trans comments on Twitter.

The news broke on Monday morning after lawyer Anya Palmer laid out the story, of course, in a Twitter thread. “Another woman summarily dismissed by a literary agency for daring to tweet her opinions on sex and gender,” wrote Palmer, including a screenshot of a statement from TLA about White, that reads in part: 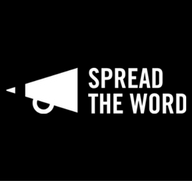 The literary charity launched its annual writing development programme to support and "nurture writers from communities currently under-represented and marginalised in UK publishing".

Spread the Word invites applications from London-based writers of colour, working class, LGBTQIA+ and writers with disabilities, with 30 successful applicants to be offered a place on an intensive programme of development taking place over 10 months (January 2021 – October 2021) alongside networking with agents and publishers. The programme is free to participate in and offers bursaries and an access fund. Participants are selected through a free and open application process.

INQUE, a Literary Magazine Forging a New Path in Publishing

What could – and indeed, should – a magazine look like in 2020? That was the question British publishing veterans Dan Crowe and Matt Willey asked themselves when their latest collaboration, INQUE – a large-format literary magazine launched last month – was in its nascent stages. As the founders of Avaunt and Port magazines (at the latter, Crowe is editor and publisher) they were all too familiar with the traditional magazine model; the reliance of advertisers to fund the printing and distribution of a magazine, and the way that such partnerships impact the content inside the pages.

Three independent publishing houses best known for their fiction in translation are upping their nonfiction game. For two of those publishers, Transit Books of Oakland, Calif., and Dallas, Tex.–based Deep Vellum Books, the nonfiction programs are almost, if not entirely, new. For Europa Editions, which is less of a stranger to nonfiction but is without any dedicated program, an upcoming series marks something of a new direction.

Europa, headquartered in New York City and Rome, was founded by the owners of the Italian press Edizioni E/O, and while it specializes in the publication of European and other international literary fiction, primarily in translation, it is also known for its international nonfiction and crime fiction. Its new series, the Passenger, is unique for the press.

This September, SFU students can minor in creative writing for the first time. They don’t have to be English majors; they just have to love writing.

“Many students, and not just English students, write—poetry, fiction, screenplays—and want to get better at it,” says professor Clint Burnham, the English department’s graduate chair and member of the creative writing faculty.

The creative writing minor gives students an opportunity to improve their writing because classes go beyond the traditional workshop approach, in which students discuss each other’s work and offer constructive criticism.

With Labor Day only five weeks away, it has become clear that a substantial number of publishers, both in New York City and elsewhere, will not be returning to their offices in anything resembling full force before 2021. Moreover, organizers of a few industry events set for early next year have already announced they will be moving them from in-person to online. PubWest, for one, announced that its annual conference, originally planned for February 4–6 in Denver, will be virtual.

Those developments follow decisions to hold many fall 2020 publishing events online. All of the fall regional bookselling shows, which some had speculated could mark the return of in-person meetings, have gone virtual. BISG canceled its annual meeting—which had originally been planned for spring but moved to September 11 in New York City—and replaced it with a series of online programs, which began July 28 and will conclude on September 11 with its awards ceremony and a keynote address by Barnes & Noble CEO James Daunt. Last week, the Brooklyn Book Festival said it will move its September 28–October 5 fair online. The National Book Awards will also be a virtual event, set for November 18. In the weeks ahead of the awards ceremony, the NBA will hold a series of digital programs, beginning October 20 with its 5 Under 35 event, which recognizes emerging fiction writers.