Writers, could be this be the year you win that big prize or crack a prestigious publication? If you are thinking of entering a writing prize or competition in 2021 then populate your calendar with these prizes and opportunities.

Please note that some opportunities are listed based on when submission deadlines are open or closed, while other awards are listed by the date on which winners are announced.

Nestled in among a crowd of thousands, it seemed like most of Ireland attended Marian Keyes’ first ‘how-to’ class on novel writing last night, a clear sign that ‘novel writing’ is the banana bread of Lockdown 3.

It was a giddy, gig-like atmosphere, with friendships formed in the comments and one or two wise-guys causing hysteria among the masses while ‘teacher’ wasn’t looking (see Dublin singer CMAT asking Keyes if she “ever considered writing a book about a very famous popstar from Dublin” for an example). It was an experience that was an utter salve to the bleak January weather and the heart-wrenching headlines we’ve been seeing since Christmas, which is exactly why Keyes chose to share her insights and tips into a creative outlet so many people are intimidated by.

Keyes is sharing a free four-week course on the basics of novel writing, from plot to characters and dialogue plus everything in between. It takes place every Monday at 7.30pm live on her Instagram page, with a catch-up video shared on YouTube soon after. She will also be sharing weekly challenges; this week our homework is to write 500 words a day based on her writing prompts.

We all remember the story of how Harry Potter and the Philosopher’s Stone was rejected by numerous publishers before finally being picked up by Bloomsbury for £2,500. What you may not remember is the literary agent who took on the job of trying to sell the manuscript. That agent, Christopher Little, deserves some of the credit for the Harry Potter series gracing your bookshelf today.

So how did graphic novels sell during 2020? Publisher's Weekly reports that print books as a whole saw sales numbers in North America rise 8.2% in 2020, selling 750.9 million copies, up from 693.7 million the year before. And the largest annual increase since 2010. While many bookstores were in shutdown, online sales took over to ramp up sales, especially with more and more people staying home looking for reading matter and unable to visit libraries.

Non-fiction books for the young also received a big boost as many schools closed for long periods, with a 23.1% increase sales. But graphic novels were had one of the most significant increases, which saw sales increase by 29% in 2020, based on 2019.

She has written 15 best-selling novels and sold 35 million books worldwide and now Marian Keyes wants to share her wisdom with aspiring writers.

The Irish author says she has been moved to teach others a way they can escape through writing now that life has been become so "brutal" under lockdown.

When the former cofounders of Foundry Literary + Media parted ways in September to launch their own literary agencies, the partners said that thousands of existing contracts would still be handled by Foundry. It appears that payments to some authors with contracts residing at Foundry have been stalled.

According to multiple sources, a number of authors have either not been paid royalties owed, or have had checks for those royalties bounce. Sources also indicated that some former agents of the firm may also be owed money.

The Prize honors literary nonfiction that illustrates artistic excellence, sensitivity to place, and desert literacy with the desert as both subject and setting. Emerging, mid-career and established nonfiction writers are invited to apply.

To learn more about the Waterston Desert Writing Prize and how to submit an entry, visit highdesertmuseum.org/waterston-prize. Submissions will be accepted through May 1, 2021.

Inspired by author and poet Ellen Waterston’s love of the High Desert, a region that has been her muse for more than 30 years, the Prize launched in 2014 and annually recognizes the vital role deserts play worldwide in the ecosystem and human narrative. The Prize is named in honor of actor Sam Waterston, who provided the seed money for the endowment that helps fund the award. 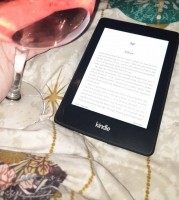 Publishers Association in the UK are happy with Brexit Deal

With a trade deal between the UK and EU finally, in place, the Publishers Association in the UK has heaved a sigh of relief as this will ensure uninterrupted trade with the European Union. The UK government and the European Union had time till December 31, 2020, to finalize the terms of the new relationship between them as the transition period comes to an end.

Announcing the Winner of the 2020 QueryLetter.com Writing Contest

We at QueryLetter.com love a good blurb that compels us to read the book. Capturing people’s attention in as few words as possible is the name of the game.

A few months ago, we launched a writing contest that is all about book blurbs. The basis of the competition is simple: Write a blurb about a completely made-up, nonexistent book that would make people want to read the story. The person with the best blurb would win $500.