The US’s prestigious Poetry magazine has doubled down on its decision to publish a poem by a convicted sex offender as part of a special edition dedicated to incarcerated poets, telling critics that “it is not our role to further judge or punish [people] as a result of their criminal convictions”.

The magazine, which has been running since 1912 and is published by the Poetry Foundation, has just released its new issue focusing on work by “currently and formerly incarcerated people”, their families and prison workers. It includes a poem by Kirk Nesset, a former professor of English literature who was released from prison last year after serving time for possessing, receiving and distributing child sexual abuse images in 2014. The investigation found Nesset in possession of more than half a million images and films of child sexual abuse. 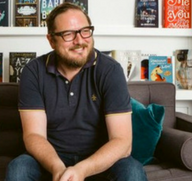 Amazon.com and the “Big Five” publishers – Penguin Random House, Hachette, HarperCollins, Macmillan and Simon & Schuster – have been accused of colluding to fix ebook prices, in a class action filed by the law firm that successfully sued Apple and the Big Five on the same charge 10 years ago.

The lawsuit, filed in district court in New York on Thursday by Seattle firm Hagens Berman, on behalf of consumers in several US states, names the retail giant as the sole defendant but labels the publishers “co-conspirators”. It alleges Amazon and the publishers use a clause known as “Most Favored Nations” (MFN) to keep ebook prices artificially high, by agreeing to price restraints that force consumers to pay more for ebooks purchased on retail platforms that are not Amazon.com.

The lawsuit claims that almost 90% of all ebooks sold in the US are sold on Amazon, in addition to over 50% of all print books. The suit alleges that ebook prices dropped in 2013 and 2014 after Apple and major publishers were successfully sued for conspiring to set ebook prices, but rose again after Amazon renegotiated their contracts in 2015.