Why authors are turning down lucrative deals in favour of Substack

The subscription newsletter platform Substack announced on Wednesday it had signed an exclusive deal with Salman Rushdie – but he is just the latest in a growing number of authors making the leap to write serialised fiction delivered straight to the inboxes of subscribers who pay a monthly fee.

Several comic book writers and artists have announced lucrative deals to provide exclusive content for the California-based company founded four years ago, in some cases eschewing contracts with Marvel and DC to do so. 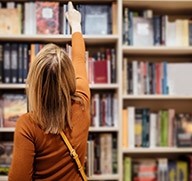 'Devastating' copyright changes could put 64% of publisher revenue at risk

Changes to current copyright laws could put up to 64% of publisher book revenue at risk, according to research by the Publishers Association (PA).

The PA says a post-Brexit move towards an international exhaustion regime being consulted on by the Intellectual Property Office (IPO) would “spell disaster” for the UK industry with a projected loss of up to £2.2bn per year. It warns many small and medium sized businesses would be unlikely to survive and widespread job losses would be “inevitable”.

Authors and illustrators would also be hit, with up to £506m per year of their incomes at risk, making those professions unattainable for many, the PA says. There would also be a knock on effect for other creative industries, while big retail chains could reap the benefits, to the disadvantage of UK high street stores.

In our second installment on how independent publishers are faring in 2021, presses reported a generally good year through the first six months of 2021, and while they are optimistic about the rest of the year, uncertainty about how the supply chain will hold up is raising concerns.

New Press had a record year in 2020, and publisher Ellen Adler doesn’t think the publisher will reach that sales level again anytime soon. “Beginning in May and continuing well into the fall, sales in 2020 were through the roof,” she said. Like some other publishers, New Press is using 2019 as a comparison for 2021, and by that gauge sales are up 29% from the same period in 2019.

Noirwich Crime Writing Festival, the region’s largest annual celebration of crime writing and one of the fastest-growing literary festivals in the UK, returns to the city next month.

If you’re an avid reader, a budding writer or interested in the craft of literary translation, Noirwich is the perfect opportunity to discover new writers and sharpen your creative skills.

Now in its eighth year, Noirwich interrogates the present and future of the world today through the lens of crime writing. Many incredible writers have attended in recent years, including Val McDermid, Attica Locke, Nicci French, Lee Child, Ian Rankin, Yrsa Sigurðardóttir, Oyinkan Braithwaite and many more.

'The goal is to be as big as Penguin': Ilford writer on her publishing company for teen authors

An Ilford woman who launched a publishing company for young authors is celebrating the publication of its seventh book.

Eleni Sophia, 22, founded Perspective Press after being frustrated by publishers’ lack of interest in teenage writers.

“When I was 13 I had written a novella but I was constantly getting rejected from publishers because I was too young,” she claimed.

AUTHORS Stephen King, Karin Slaughter and Ian Rankin are among those who will be taking part in a hybrid crime-writing book festival next month.

The Bloody Scotland festival will feature in-person events while some authors will join digitally from elsewhere, with audiences able to watch live in Stirling or online.

King, Kathy Reichs, Slaughter, Lee Child and Linwood Barclay are among those who will be beamed into the city’s Albert Halls where interviewers will be present to question them in front of a live and digital audience.

NEW YORK (AP) — The publisher of such bestsellers as the “What to Expect” books for parents and the “Brain Quest” educational series has reached an agreement to be acquired by Hachette Book Group.

Workman Publishing has been an independent company for decades, and also includes the literary imprint Algonquin and the nature publisher Timber Press. Hachette is one of the world’s largest book publishers, with authors ranging from Donna Tartt and James Patterson to J.K. Rowling and David Sedaris.

The acquisition will be subject to approval from the Department of Justice.

Future, the owner of titles including Country Life and Metal Hammer, has acquired the publisher of magazines including The Week and Minecraft World in a £300m deal.

The deal is the latest in a buying spree by Britain’s biggest magazine publisher, which spent almost £600m buying the comparison site GoCompare in November, and will hand a significant profit to Dennis Publishing’s private equity owners Exponent.

Future is buying a portfolio of 12 titles including the adult and junior versions of current affairs title The Week in the US and UK, MoneyWeek, Coach, Computer Active, PC Pro and IT Pro.

Penguin Random House has announced its partnership with Amanda Gorman, the youngest inaugural poet in U.S. history, to launch the Amanda Gorman Award for Poetry, a new creative writing award focused on poetry for public high school students. With a first-place prize of $10,000, the award will recognize a student for an original literary composition in English for poetry. Submissions for the award open on October 1, 2021, and close on February 1, 2022. 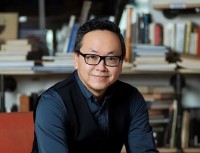 How Have Publishers Survived the Pandemic? ‘It’s Kind of a Miracle’

When the pandemic arrived, it hit the book business hard, closing stores, tying up titles in backed-up warehouses and threatening the survival of publishers — including British Columbia’s vibrant sector of smaller presses.

A year and half later, the virus that altered every corner of the economy has spurred changes for publishing. One effect: More of us are reading and in different ways. Another: More of us are writing books, which has produced a surge in self-publishing.