Novelist Caleb Azumah Nelson is to open the seventh iteration of the National Creative Writing Industry Day, as the event returns to a live physical event this year.

The author of Open Water (Viking) will deliver a  keynote speech to aspiring writers at Manchester Metropolitan University at a conference hosted in partnership with Comma Press. The event will also include a panel discussion on "The Paths of Northern Writers" with editor of award-nominated Aurelia Magazine Kya Buller, Desiree Reynolds and 2021 BBC National Short Story Award shortlistee Richard Smyth. 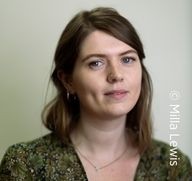 Maidment steps up to agent at Madeleine Milburn

After graduating with a degree in English literature and classical civilisation from the University of Birmingham, Maidment’s first experience of publishing was with an internship at the agency. She then went on to roles at the Blair Partnership and United Agents before re-joining Madeleine Milburn as associate agent in 2020, working closely with Milburn across her roster of authors whilst also building her own list. 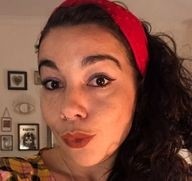 DK has appointed Marleigh Price in the new role of acquisitions editor, responsible for narrative non-fiction in the publisher's Life division.

She will start on 11th October and report to Katie Cowan, publishing director for Life.

Price was previously at Trapeze, where she has been since Orion first launched the imprint in 2016. She has a strong reputation for building a diverse, robust and inspirational list, having acquired and published numerous Sunday Times bestsellers, including Redhanded by Suruthi Bala and Hannah Maguire, and Stay Sexy and Don’t Get Murdered by Karen Kilgariff and Georgia Hardstark. Her  list at Trapeze also focused on amplifying voices and topics that have historically been underserved by the publishing industry, with titles including Mixed/Other by journalist Natalie Morris, White Tears/Brown Scars by Ruby Hamad and The Way We Survive by Catriona Morton. 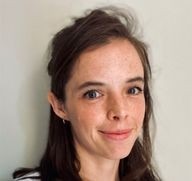 The Darley Anderson Children’s Agency has appointed Becca Langton to focus on the US children's market.

Langton has previously worked as a development editor for Pottermore, a consultant for the BBC and, most recently, as a literary scout for Sylvie Zannier for the past five years.

She will start her new role on 11th October and will be the first point of contact between US editors and Darley Anderson agents Clare Wallace, Lydia Silver and Chloe Davis. She will also be building her own list of US-focused clients.

Best-selling author Chuck Palahniuk is joining Substack, he announced Monday, and will be releasing his new novel, “Greener Pastures,” in installments on the platform. The serialized fiction novel will be part of a broader output called “Plot Spoiler,” making him the latest media and literary figure to join the burgeoning newsletter subscription service.

In a call with TheWrap, Palahniuk declined to discuss any financial terms, but said he was approached by Substack after last year’s “Consider This” memoir got “a ton of podcast attention” and great reviews.

In separate filings late last week, lawyers for the Big Five publishers and Amazon asked a federal court to dismiss a lawsuit accusing them of a conspiracy to fix e-book prices.

In their September 17 filings, lawyers for Amazon and the Big Five publishers insist there is no evidence of any coordination or agreement among them to fix e-book prices or otherwise restrain competition. Perhaps more importantly, they argue, the alleged conspiracy—in which the five largest American trade publishers are alleged to have banded together to give Amazon monopoly power over e-books—fundamentally makes no sense.

Zibby Owens has interviewed nearly 1,000 authors in about 3 ½ years for her popular podcast, “Moms Don’t Have Time to Read Books” (don’t let the title fool you: They do have time to read books, they just need a curated list of recommendations to help them cut through the overwhelming number of titles). Over the course of such conversations, and countless other opportunities to witness the publishing industry up close, an idea began to take shape: Why not start her own publishing company, and do things a little differently?

Last week, the NYC native announced the start of Zibby Books, which she will launch as part of Zibby Owens Media with publishing veteran Leigh Newman. Starting in January 2023, Zibby Books will publish 12 books a year, a mix of memoir and fiction from debut and established authors.

“I figured if we published more than a book a month, I’d just be competing with myself for readers’ time,” says Owens. “Plus I want readers to not only read our books, but all types of books from all types of publishers in different genres. Some of the books we’ve acquired already are by people who I’ve told, ‘You should write a book!’ ”

Book Publishing's Rousing First Half of 2021

By any measure, the first half of 2021 was a good period for trade book publishing. Revenue at the companies that report trade sales to the Association of American Publishers’ StatShot program rose 17.6% over the first six months of 2020; NPD BookScan reported that unit sales increased 18.5% in the period; and bookstore sales jumped 30% over what was a miserable first six months of 2020. So it comes as no surprise that the four publicly traded major publishers also posted strong increases in the period.

Of particular note is the fact that while sales were strong, profits were even better, with operating margins showing healthy gains. In general, the publishers cited higher sales of both backlist books and digital content, especially digital audiobooks, for the improved margins. Though supply chain issues and the uncertainty over the delta variant are causing some concerns about how the rest of the year will unfold, publishers are hoping that the increased interest in reading will carry over through the 2021 holiday season and beyond. 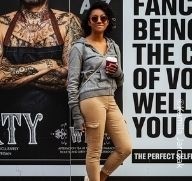 She will continue to be based in Newport, Wales, and began work at Curtis Brown on 1st September.

Jerome has been an independent agent with Aevitas since 2019, with clients including Lenny Henry and David Harewood, and she was shortlisted for Literary Agent of the Year at the British Book Awards 2021. Previously she worked at a senior commissioning level at publishers including Ebury, Pan Macmillan, HarperCollins and Bonnier.

A man living below the poverty line, helping others as a volunteer with the Samaritans, who self-published a book after literary agents showed no interest in his earlier work has had his book snapped up in a six-figure deal by publishers in 20 countries so far.

James Norbury, a 44-year-old self-taught artist and writer, who lives in Swansea, has had his life turned around after his collection of drawings of two unlikely friends – a panda and a dragon – captioned with life-enhancing proverbs, was picked up in the deal, an extraordinary achievement for a debut author.