Accepts submissions from new and existing authors for fiction and nonfiction. Interested in real life, memoir, crime, passion, and human drama. Approach using online form on website or by post, including three draft chapters, the genre of your book, and your target market. See website for more details. 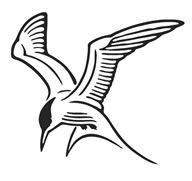 Harvill Secker is launching a competition in partnership with Bloody Scotland to find a debut crime writer from a BAME (black, Asian, minority ethnic) background. At stake is a book deal with Harvill Secker with an advance of £5,000.

The prize will be judged by Harvill Secker writer and Bloody Scotland committee member Abir Mukherjee, the author of an historical crime series set in 1920s Calcutta; creator of the Shetland and Vera series, Ann Cleeves; co-founder of BAME in Publishing, Sarah Shaffi and Harvill Secker editorial director Jade Chandler.

Entrants can enter the competition online via Penguin's website, where they will be asked to submit the first 5,000 words of their crime novel, along with a full plot outline. Submissions are open from 9th July until 9th September 2018, with the winner due to be announced in November 2018. 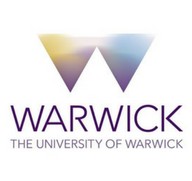 An anthology of work by students on the University of Warwick's MA in Writing programme is to be launched next week, after students crowd-funded the £5,000 needed to publish the title.

The anthology – manifest: New writing from Warwick – features the work of 21 students on the Warwick MA in Writing and includes poetry and prose, fiction and non-fiction, a mix of full stand-alone pieces and excerpts from longer works, and a foreword from novelist Gonzalo C Garcia.

Students used the university's newly-launched crowdfunding platform, Spark, to recruit almost 100 ‘Friends of Manifest’ who each contributed towards the cost of publication and launch of the work.

Lauren Blakely knows romance. In 2018 alone — which, reminder, is not even half over yet — she's released five books and has at least five more coming. Here, she shares her tips for aspiring writers, romance or otherwise, and explains how a good sex scene makes a reader sweat.

In 2014, Jane Harper decided she was finally going to do it — she was going to write a book.

She enrolled in an online writing course, and in just twelve weeks had completed her first draft of The Dry.

The fast paced, hard-edged crime novel was the kind novel Harper had always wanted to write.

"I like books with a bit of mystery and suspense," the former journalist says.

It was an instant hit. Critics loved The Dry for its elegant structure, Australian voice, and Harper's ability to vividly paint a landscape in the grip of drought.

Readers loved it for its tight pace, its awkward, lovable hero and its satisfying "whodunnit" reveal.

The book raced on to bestseller lists around the world, won multiple awards, and was sold in to more than 20 foreign language territories.

Today, Harper is still riding high on the success of The Dry.

The movie rights have been sold to Reece Witherspoon's production company, and the script is complete. Harper's second book, Force of Nature, has been another bestseller, and she has another on its way.

While at the Sydney Writers' Festival, Harper revealed the secrets to writing a bestselling novel. Writers, grab your pencils... 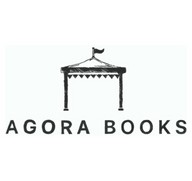 Literary agency Peters Fraser + Dunlop is to rebrand its e-book list Ipso Books as Agora Books, and will look to expand its digital output with commercial frontlist titles.

Ipso Books was launched in September 2015, drawing on PFD’s estates business, with titles from the likes of Eric Ambler and Margery Allingham. The rationale was that in cases where publishers did not want to publish deep backlist titles, or did not have the rights, the agency would make them available to readers via e-book and print on demand.

Agora will also now seek to publish new writing, leading its push with Missing Pieces, a début novel by Laura Pearson, on 21st June, part of a three-book deal the list has struck with the writer.

Publisher founded by a hedge fund that successfully used data to predict (amongst other things) the bottom of the market in 2002, the 2008 crash, and Brexit. Now seeks to apply the same scientific approach to a new model of publishing based on predicting an author's chances of success. Where they find likely candidates, they will invest in the author by paying them an annual salary to become a full-time novelist. Applicants do not need to have already written a novel. The application process includes a psychometric test, an opportunity to discuss ideas, and a final interview. See website for full details. 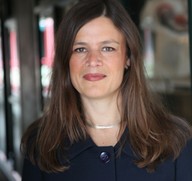 Diane Banks Associates has relaunched as creative talent agency Northbank Talent Management, aiming to be a “new force in the agenting world”, in collaboration with business leader Luke Johnson, who is financially backing the venture.

Agent Kate Burke will be responsible for the fiction side of the books strand and Chloe Seager will oversee children’s, young adult and fantasy. Northbank’s executive director Martin Redfern will deal with non-fiction, James Carroll will handle broadcast and brand licensing, while Northbank's non-executive director Alex Hickman will head up the public speaking bureau which aims to be "market beating". Banks promises that "Alex and I will use our combined experience of the bureau and talent management models respectively to create a new model which integrates the two".