Electronic magazine publishing fantasy fiction based in a shared world, where authors write in a common milieu, sharing settings, mythos, and characters. To submit, writers need to join (free until a year after first publication) and work with a mentor to produce a piece of work that will fit the shared world.

When Social Media Goes After Your Book, Whatâ€™s the Right Response?

The culture of internet book criticism is passionate and intense. Last week, Amélie Wen Zhao, a debut author, canceled her young adult fantasy novel after early readers accused her of racial insensitivity online. Here are two different perspectives from writers who have had similar experiences.

Submit four to six poems, or one story or one essay at a time. Wait at least six months between submissions. Submit via online submission system. 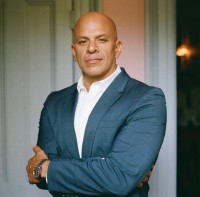 Publishes short and long form fiction, poetry, and creative nonfiction. No academic essays or book reviews. Do not query or send samples - submit complete ms by post with SASE. If submitting from outside the US, submissions may be sent by email. See website for full guidelines.

Aims to publish in every sphere and genre, "combining vigorous dissent and a pragmatic willingness to succeed". Submit complete ms via online submission system.