Role: To work within Furniss Lawton, the literary division of the James Grant Group. The role will be to assist and support the literary agents in the six-person Furniss Lawton team, with a particular focus on working with Rowan Lawton and Eugenie Furniss in the effective running of Furniss Lawton.  This is an exciting opportunity for someone passionate about publishing and the media to learn more about the industry and the skills necessary in managing authors and talent clients. 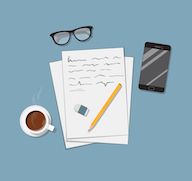 Transparency, targeting, Twitter: what it means to be a literary agent now

When I first worked in agenting, all submissions from authors were sent in hard copy: towering piles of envelopes containing the first 50 pages with SAEs enclosed for rejection slips. Indeed, many agents still submitted to publishers that way, biking the printed copy round to their offices and waiting for the offer to come in. In those days the book fairs really were where you could get your hands on a hot book – literally – coming to the agent’s table to physically read a proposal before putting an offer in.

MORE than six years ago, the members of a Sydney book club came up with the idea of writing a book together to fund a trip to Russia.

The women, who called themselves the Book Sluts because they would read anything, were in the Blue Mountains on a weekend away drinking vodka and discussing Fyodor Dostoyevsky’s Crime and Punishment.

Authors and publishers are increasingly hiring “sensitivity readers” to screen books for culturally offensive material before sending them to market.

A cultural climate that has the publishing industry increasingly under the microscope by fans has created a demand for specialized book scanners. Individuals are paid a small fee, roughly $250 per manuscript, to look for content deemed problematic.

An all round publisher that looks for the unusual, the challenging, controversial, subversive, fetishistic and down right strange.

Abridged is looking for poetry and art for its 0 – 49: Babel issue.

Up to four poems can be submitted and art can be up to A4 landscape and should be 300dpi or above.

Online literary journal. Publishes poetry, short stories, self-contained novel excerpts, and novellas. Send one piece of prose or between 4 and 6 poems at a time. Wait for response before sending more.

The Council of the Publishers Association of New Zealand (PANZ) today announced the appointment of Catriona Ferguson to the role of Association Director.

Catriona is currently the Chief Executive of the New Zealand Book Council and was previously a Literary Advisor for Creative New Zealand. She brings a wealth of knowledge to the Association, particularly in the areas of grants and funding – and equally a life-long passion for books, reading and outstanding creative content.

Faber CEO speaks out after winning trade publisher of the year

Faber & Faber’s chief executive has called for publishers to oppose crackdowns on free speech and the rise of so-called fake news. Stephen Page made his comments after the publisher of TS Eliot, Kazuo Ishiguro and Costa book of the year winner Sebastian Barry scooped the Frankfurt book fair independent trade publisher of the year award.

The press, whose name is taken from the The Dome periodical that was published in London's Cecil Court by the Unicorn Press in the late 1800s, will have "a broad approach", covering all genres. Its ethos is to "champion great storytelling and give authors a voice" and to discover and nurture both new and established writers while embracing "fresh outlooks".