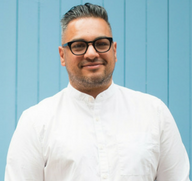 A not-for-profit online global literary magazine. Our mission is to create a space for writers and artists to share their passion and love for fairy tales as much as we do. We are dedicated to publishing new fairy tales as well as re-told classic fairy tales.

See website for individual agent interests, contact details, and submission guidelines. Welcomes submissions about LGBTQ themes and diverse characters and by traditionally underrepresented authors. All queries must be sent by email - no snail mail submissions. No screenplays, poetry, short stories, adult nonfiction, or fiction for adults that does not fall into romance or SFF genres.

Publishes fiction, creative nonfiction, poetry, plays, and art. Submit up to four pieces of prose up to 3,000 words each, or up to four poems.