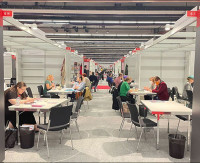 Frankfurt 2022 from a Children's Book Perspective

For many rights professionals, the recent Frankfurt Book Fair was their first opportunity since 2019 to attend a fair in person. Attendees said they were delighted to be back, even amid industry challenges and world uncertainty on several fronts. We spoke with a number of savvy agents and scouts about their impressions of the fair, and asked them to talk about trends they were noticing.

“It was wonderful to be back at a fair, and to be among so many fellow book people again,” said Sara Crowe, senior agent at Pippin Properties. “Being back in Frankfurt was energizing, emotional, and re-affirming,” said Rachel Hecht, founder of Rachel Hecht Children’s Scouting. “There is no replacement for the in-person connections to be made over tables while gasping over sample spreads, or the bolt of joy from waving down an old colleague while rushing between stands. We are a community of book people who thrive when we gather, and while Zoom is a convenient tool, it cannot replicate the alchemy that happens during a fair. 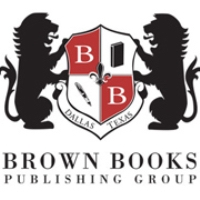 On Saturday, October 29, Thomas Reale (President and COO of Brown Books Publishing Group) announced a first-ever partnership with the Mayborn Literary Nonfiction Conference, wherein BBPG will award an $80,000 publishing contract prize to their 2023 nonfiction book manuscript contest winner. The winner of this contest will receive an all-inclusive book contract with national distribution, PR, and Marketing. Once the winner’s book is published, it will be offered to BBPG’s agency partners in Asia and Europe for foreign language rights opportunities, and will be included in their English export program to 36 countries.

“Our goal is to make one lucky contestant’s book a bestseller,” said Milli Brown, Founder and CEO of Brown Books Publishing Group.

Dodd steps up at ASH Literary

Agency assistant at Saffron Dodd is being promoted to associate agent at ASH Literary, focusing on middle-grade and YA titles.

Taking up the new role on 1st January 2023, Dodd will be building her own list, prioritising UK creators, alongside agency founder Alice Sutherland-Hawes.

Sutherland-Hawes said: “Saffron joined the agency at the start of 2022 and has made a lasting impact on our clients and the work we do. Her passion and joy for the work has been wonderful to witness and I am so excited for her future with the agency. I can’t wait to welcome her clients to ASH Literary.”

Happy Halloween! Do you enjoy reading, watching or listening to horror stories? What about writing them?

To celebrate the season, we’ve rounded up 25 haunting photos and illustrations from around The New York Times that you can use as prompts to write your own terrifying tales. Choose an image and then use your imagination to write a short story or a poem inspired by it — or tell us about a memory from your own life that the picture makes you think of.

You can use these images however you like, but if you need more guidance, here are four prompts, as well as articles with advice from horror writers and experts, to get you started: