Currently building his list of talent, looking specifically for YA or adult literary, crime and SFF and narrative nonfiction and memoir. He's actively seeking works by Indigenous writers.

Want to Improve Your Writing? Get 100 Years Of Writing Experience In 20 Minutes

Want to improve your writing? Get ready to take notes because in this MarieTV, seven famous authors share their best writing advice.

GoodNovel, a leading online literature platform providing global users with great reading and writing experiences, has launched GoodNovel Academy as an online community for the cultivation, creation and incubation of original authors by the platform. GoodNovel Academy offers free writing courses for authors at all levels, to provide the keys to writing bestselling webnovels.

GoodNovel Academy's goal is to help aspiring writers to create a popular webnovel from scratch. The initial launch consists of five free online sections, with more to follow. The sections start with the construction of a single sentence, and then guide writers through the processes of brainstorming, creating a premise, characterization, world-building and plot summary, all the necessary tools to craft a thrilling, intricate and appealing story. To suit the preferences of different writers on the platform, audio and video versions of the courses are also available.

The courses at Academy are designed by professional and experienced frontline GoodNovel editors, guaranteeing pragmatic methodologies as the foundation of a productive writing career, as well as continuous improvements regarding crafts and techniques.

How the subscription newsletter service Substack is changing the writing game

One of the great surprises of the COVID-19 era is that some of the most talked-about journalism on the internet is being done through a subscription newsletter service. And, more surprising still, this business model is actually proving to be profitable. I’m speaking, of course, about Substack, a platform that’s gained prominence during the pandemic as a haven for heterodox journalists exiting the mainstream media.

The platform is now home to investigative reporters such as Matt Taibbi, formerly of Rolling Stone, and Glenn Greenwald, a founder of The Intercept; digital media heavyweights such as Vox’s Matt Yglesias; and former magazine columnists such as New York’s Andrew Sullivan. All have concerns about the direction the media is headed, and all now regularly publish pieces that it would be hard to imagine reading at their former outlets. As such, Substack has become something of a referendum on contemporary journalism and, due to the controversy surrounding many of its personalities, a contested development.

Pulp friction: Irish women’s place in genre writing should be rescued from ignominy

In 1911 a woman named Mary Helena Fortune died in Melbourne, Australia, her death largely unremarked. By then she was an alcoholic, nearly blind and boasted a career criminal for a surviving son, the exotically named Eastbourne Vaudrey Fortune – better known, unsurprisingly, as George. She subsisted on a small pension from the Australian Journal, and was so poor when she died that she was buried in a grave intended for another.

Only in the 1950s was Fortune connected to the pseudonym WW, or “Waif Wander”, under which she wrote hundreds of crime stories, including a pioneering series for the Journal called The Detective’s Album, detailing the cases of an Australian lawman named Mark Sinclair. So convincingly did Fortune inhabit these first-person accounts that readers were convinced they were the work of a serving or recently retired officer of the law. The Journal did nothing to disabuse its subscribers of this notion, probably figuring the myth would sell more copies than the truth, which was that the tales were being written by a clever, gifted woman born in Belfast in 1833, one who had arrived in Australia via Canada in 1855 with her father and infant son, leaving a bad marriage behind her.

How Amazon Changed Fiction As We Know It

During my interview with literary historian Mark McGurl, I glanced out the window to see an Amazon truck rumbling down my block. It was a fitting metaphor for our conversation about Everything and Less, McGurl’s provocative new literary history about how Amazon has reorganized the universe of fiction. “Amazon has insinuated itself into every dimension of the collective experience of literature in the United States,” McGurl writes. “Increasingly, it is the new platform of contemporary literary life.” 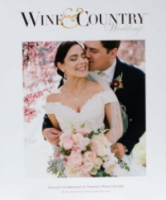 A uniquely curated magazine for creating the elegant country wedding in Jefferson’s Virginia, one that will inspire couples as well as top event planners across the nation from New York City to Beverly Hills.

Publishes books addressing topics that are foundational to how we live—from the meals we eat to the relationships we nurture, the households we manage, and the personal and professional goals we set and strive to achieve.

Rowling has disclosed that the manuscript for The Private Joke was in the luggage rack of her train from Manchester to London when she dreamt up the character.

Writing in a Sunday newspaper essay, she has admitted she kept writing the first novel while working on the first Potter novel, The Philosopher’s Stone. 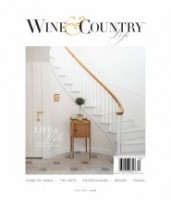