We are a family-friendly magazine, so we expect clean language. No dirty words at all. We also don't want anything related to erotica or politics.

Apart from that, we are open to everything, as long as the message is good and uplifting.

When poets send us their pieces, we ask them to tell us why they think they would make a good fit for the journal. We want to ensure that they understand that the message is just as important as the language itself. There must be an energy behind the pieces that really make us think hard and ultimately inspires the reader, not just the poet themselves. 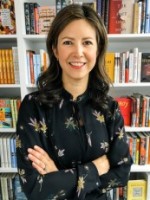 This agent is looking for middle grade and young adult books across all genres. She is particularly drawn to middle grade fantasy and contemporary with heart, humor, and magic. In the young adult space, she has an affinity for southern voices, high-concept plots, grounded sci-fi/fantasy, historical, mysteries and thrillers, and emotionally compelling contemporary.

It was also a labor of love for the 12 students in an upper-level course on the publishing industry taught by instructor Heather Bartlett in the English Department. Those students served as editors, soliciting, selecting and editing submissions for the first issue published in December.

While there are many online literary magazines that feature the work of undergraduate writers, including Cortland’s own Crystallize Review, few are in the mold of Hoxie Gorge Review: a magazine run by undergraduates featuring the work of national writers.

Submit fiction between 1,000 and 5,000 words, three poems, or a piece of nonfiction. Submit through online submission system. See website for full guidelines.

It was poised to be a blockbuster long before copies arrived in bookstores last week: a thrilling contemporary migration story following a mother and her son, desperate to cross Mexico and reach the United States.

Its publisher, Flatiron Books, an imprint of Macmillan, paid a seven-figure advance after outbidding several competitors for the novel. It snagged a coveted selection in Oprah’s Book Club and had been shipped to key celebrity influencers, including Stephen King, Sandra Cisneros and Salma Hayek. A reported first run of 500,000 copies was printed. The film rights were sold.

But by week’s end, the novel “American Dirt” had garnered attention that its boosters likely didn’t expect: angry charges of cultural appropriation, stereotyping, insensitivity, and even racism against author Jeanine Cummins, who herself said in the book’s author’s note, “I was worried that, as a nonmigrant and non-Mexican, I had no business writing a book set almost entirely in Mexico, set entirely among migrants.”

Despite the backing of towering figures in American media, Cummins’ page-turning portrayal of a mother on the run is now at the center of the first bonafide literary controversy of the year, and is forcing a hard reflection on the state of Latinos in a cultural field that remains overwhelmingly white. 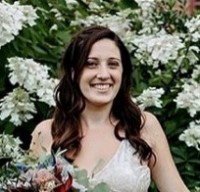 Fasehun got her start working under Academy Award-winning producer Michael Phillips at Lighthouse Productions. She then spent six years as a film production, sales, and distribution consultant at Submarine Entertainment/Deluxe. She joins Buchwald from UTA, where, as a member of their team, she helped spearhead the agency’s Diversity initiative. 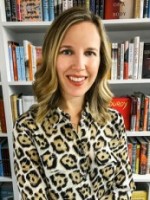 UPDATED with WGA and ATA statements and more details: Another full-service agency and Association of Talent Agents member, APA, has reached a deal with the WGA. The agency, which immediately will resume its representation of writers, also said it will bring the Television and Motion Picture Literary businesses together under the banner of APA Scripted Literary.

APA is the latest member of the Association of Talent Agents to break ranks and sign the guild’s new franchise agreement. Its deal comes just days after fellow full-service agency Gersh also signed with the WGA. The other four association members to make WGA deals are Buchwald, also a full-service agency; literary boutiques the Rothman Brecher Ehrich Livingston agency and the Kaplan Stahler Agency; and Pantheon. Non-ATA member Verve, also lit-focused, was the first mid-size agency to reach an agreement with the WGA last May.