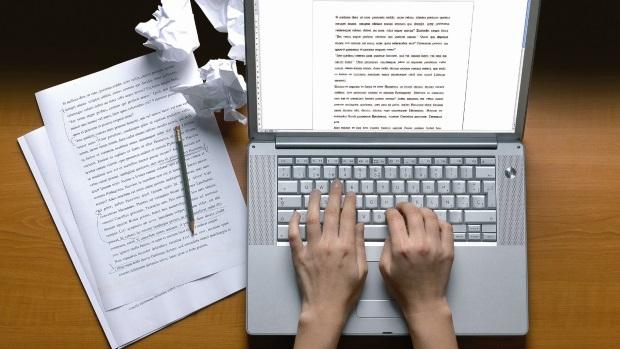 Breaking into writing: a few thoughts

Should you write for free? How do you get noticed if you want to write for a magazine or website? A few thoughts right here...

Can You Land an Agent or Book Deal at a Writers Conference?

Yes! Look, you can't call up HarperCollins and say, "Hello! I've written a great book, could I please speak to Mr. Harper or Mr. Collins?" If you're an unknown quantity, and you aren't sleeping with someone at a literary agency--or even if you are, in some cases--it's virtually impossible to get face time with a publishing professional, be it an agent, editor, or publisher. Your blind query is usually dropped with a plop into the slop of the dreaded and aptly named slush pile, where it is then skimmed over by an eighteen-year-old unpaid intern. The fate of your book, the object of your passion and hard work, is frightfully beyond your control. Luckily, at the best writers conferences and workshops, and even some of the top-drawer bookfairs and festivals, you can personally meet, speak with, and sometimes even pitch to real publishing professionals. We know. We've met amazing writers at all of these places and helped them get book deals.

What works for you does not necessarily work for another. Getting started is generally the first barrier to overcome. Most individuals get stuck and procrastinate when it comes to writing something longer than an e-mail. They don't want to look foolish or write anything that may be sub-par.

A lonely story: the perils of writing in solitude

It worked for George Orwell and Henry Thoreau – but for Adrian McKinty, a retreat deep in rural Australia was a very sad tale indeed.

They say everyone has at least one good book in them – and thanks to the internet there is no longer an excuse not to get it published.

The ebook revolution means writers no longer face the hassle of having to find publishers or agents who are willing to take them on.

Although sales of print books have enjoyed a resurgence in recent years, ebooks – that can be downloaded and read on handheld electronic devices – are predicted to outsell traditional books by 2018.

I do quite a bit of writing, and every so often the idea of publishing a book crosses my mind. Normally, thoughts like “I should write a book!” fall into the same category as “we should start a band,” or “let’s buy a bar!” Still, sometimes my interest gets the best of me, and I do a bit of digging into what it would take to get published.

Fortunately, I have a trusted resource close to home. My business partner’s wife, Maury Ankrum, recently went through the process of writing a book and getting published, and she was more than willing to share a few things she’s learned throughout her journey.

Every four seconds, somewhere in the world, a Lee Child book is sold. This phenomenal statistic places Child alongside Stephen King, James Patterson and J.K. Rowling as one of the world’s bestselling novelists. But what makes the Jack Reacher books so successful? This is one of the questions Andy Martin, a lecturer in French and Philosophy at Cambridge, sets out to answer in this intriguing and uniquely unclassifiable book. Reacher Said Nothing, however, isn’t a work of literary criticism or a how-to guide. Martin contacted Child and asked whether he could observe the entire writing process for the 20th Reacher novel, Make Me. Amazingly, Child said yes.