How to write your first novel, according to experts

Everyone’s got a novel inside them, right? According to Richard Skinner, director of the fiction programme at the highly-esteemed Faber Academy, and author of one of several new books offering advice to aspiring novelists, while this may be true, “very few manage to arrange themselves and their lives well enough to get it out”.

Thank goodness for that, judging from the mountains of novels that do get written, mostly rather badly, which daily arrive at literary editors’ offices by the sackload. If ever there was a good reason to keep it inside you forever, a week spent watching how ruthlessly we dispatch books like so much waste paper should do the trick.

But that’s not the prevailing wisdom. Nowadays, even if mainstream publishers reject your manuscript, you can still be a novelist, thanks to the proliferation of self-publishing companies and creative writing courses, both booming businesses. 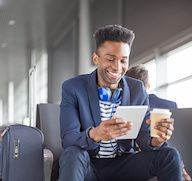 How to hook time-poor readers: 16 tips for publishers, booksellers and authors

I’m a mom of four kids, and a book lover. These two facts don’t typically mesh too well. For years, the only time I could find to read was when I finally crawled, exhausted, under my covers at night. It would sometimes take months for me to get through even a short, mindless read. Many nights I’d have to backtrack a few pages because I couldn’t even remember what I’d read in my half-dazed, zonked state the night before. Short chapters were my savior.

It got to the point where I felt guilty buying books because I would never get through any of them. My book-buying slowed down, despite my interest in new releases. I felt like a book failure! In my most stressed out, time-short kid-raising moments, I needed to escape into someone else’s story more than ever, yet couldn’t figure out when and how to do it, or even what to read. And in today's frantic, information-overloaded world, I don't think this issue is restricted to moms.

For a writer in hot pursuit of that eye-catching new direction, there are not many greater challenges than the world of popular music. In fact, it isn’t going too far to say that from whichever historical vantage point you aim to examine the shambling behemoth of contemporary music, pop is both a novelist’s dream and a novelist’s nightmare: crammed with ready-made material, larger than-life characters, lurking tragedy and flagrant excess, yet simultaneously awash with protocols, jargon and technical detail that most newcomers to the scene will struggle to comprehend.

And then – even more problematic for an art-form that prefers solid subjects, where it can hunker down and modestly establish itself – there is pop’s built-in ephemerality, the suspicion that last year’s top ten smash will very likely be this year’s bargain bin-filler, the thought of an industry which is changing so rapidly that the whole edifice threatens to dissolve beneath the onlooker’s gaze. For the fan of the three-minute single, pop’s oddly provisional quality is part of its charm.

It is easier to win major literary awards by writing a lead character who is a man, Booker Prize-winning authors have suggested, as they warn the tendency to laud with male protagonists is “concerning”.

Dame Hilary Mantel, the only woman to have won the Man Booker Prize twice for the first two novels of her Thomas Cromwell trilogy, said it “might be observed” that her award success came easier for having a male protagonist than if she had been writing about a woman.

But, what is creative writing class, anyway? How does that even work? When I took my first class, I had absolutely no idea what to expect. Creative writing is not taught like your typical school subject, but it's not a complete blow-off elective either. And of course, every teacher does things in their own way.

Aspiring writers of "imaginative fiction" — whether science fiction, fantasy or other kinds — are in for a treat: a new update to the fiction-writing guide "Wonderbook," by Jeff VanderMeer (Abrams Image, 2018).

VanderMeer is a well-known author of some of the strangest fiction today (including the "Southern Reach" trilogy that the recent movie "Annihilation"draws from), and with "Wonderbook: The Illustrated Guide to Creating Imaginative Fiction," released today (July 3, 2018) he provides an equally strange (but effective) dive into the fundamentals of fiction writing, intermingling text and illustrations to explore the complexities of fiction. The book also includes perspectives from many authors, including Kim Stanley Robinson, Ursula K. Le Guin, George R.R. Martin, Neil Gaiman and more.

1. If your writing’s not flowing, rip it up. For me, the most successful pieces are always the most free-flowing. If it’s a struggle, be aware that a reader will intuit that too, so pull the plug. After all, Robert Louis Stevenson started 393 works only to finish 27 of them. I honestly can’t think of any job other than writing that involves as much waste – it’s worse than working in an effluent plant!

2. Keep fuelling your brain as you write. As I write this, I’m eating Baked Beetroot & Golden Linseed Tortillas which masquerade as healthy, a bit like myself, but are probably as bad as Monster Munch. While my right hand clicks on the mouse, my left dips more industriously into the tortillas. Testifying to the fact that I’ve just given birth to a new play, I need to lose a few pounds which leads seamlessly into…

Don’t dip your pen in someone else’s blood: writers and ‘the other’

Was there ever any worse advice than write what you know? Who of the greats ever wrote what they knew? Did Charlotte Bronte live in a grand country house with a man called Edward Rochester who tried to commit bigamy with her before she wrote Jane Eyre? Was Gustave Flaubert a woman who committed adultery before he wrote Madame Bovary? And how many of us could write a good book if we only wrote what we know? I would have to write about a middle-aged woman who lives in a midlands town, visits Tesco and tends her garden. No story there. No bestseller. Because it’s not interesting. As writers we have to make things up if we want to spin a good yarn. We have to have a murder or two, a broken heart, a bank robbery, a ride in a spaceship.

Lionel Shriver and the rigging of the book market

Should the arts reflect the demographic make-up of their society, and be subject to quotas and affirmative action, in the name of diversity? Or should they be exempt from the imposition of quotas, as a meritocracy in which the only affirmative action is the one that recognises talent? This, I reckon, is the question at the heart of this week’s media case, The People (on Twitter) versus Lionel Shriver.

How To Write A Novel: Tips From Across The Literary Sphere

Who hasn't wistfully stared out of a train window, engrossed in a deep, perfectly soundtracked moment, and thought to themselves, "I think I've got a book in me"?

The trouble is, putting pen to paper is notoriously much harder than simply revelling in a cinematic moment during your daily commute.

Whether it's writer's block, a serious problem with procrastination, or not knowing what to do with your finished manuscript, ELLE invited some of publishing's most exciting names to discuss how to write the book in you, and then get it published.