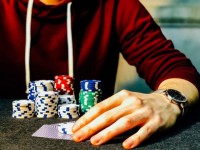 Writing the novel you want to see in the world

In 2014 Lisa Coen and I put out our first book under the Tramp Press banner. We were young. I was bullish, irritated by the over-productive, under-resourced, gate-keeping male-centric world of publishing we’d experienced as office juniors or unpaid interns.

We wondered: what if we could secure funding from the Arts Council to help us start out on our own, publishing just a few titles a year, focusing on nothing but their extraordinary quality?

Agent as editor. An oxymoron?

Some authors want their agents to act as first editor of the book and some don’t. Often agents will suggest changes even before they accept the writer as a client. Then you’re the one who will have to decide how badly you want that person to represent you.

The top copy editor at Random House has a book out about what you should and shouldn’t do in your writing, and people are already arguing about it. All writing advice is relative, because language is not physics, it’s something people made up. That doesn’t mean writing advice is useless, so if you like to write and are trying to get better at it, you should read this excerpt from Benjamin Dreyer’s book Dreyer’s English: An Utterly Correct Guide to Clarity and Style.

Bestselling authors “spread their wings and challenge themselves,” an interview with authors Sara Connell & A.G. Howard

As part of my series on the “5 Things You Need to Know to Write a Bestselling Book,” I had the pleasure of interviewing A.G. Howard.

A.G. Howard, the #1 New York Times and international bestselling author of young adult retellings and adaptations. Her titles include theSplintered series,a gothic Alice in Wonderland spin-off; RoseBlood, a Phantom of the Opera–inspired adaptation; and her latest release, Stain, a gritty fairy tale/high fantasy inspired by The Princess and the Pea.

J.K. Rowling ‘can’t stand’ following rules—here’s what she says to do instead if you want to succeed

J.K. Rowling, author of the “Harry Potter” series and the Cormoran Strike mysteries, has sold over 500 million books. She was the second highest-paid author of 2018, managing to earn an astounding $54 million.

Famously, though, Rowling started out as a single mother surviving on state benefits. “I was jobless, a lone parent and as poor as it is possible to be in modern Britain without being homeless,” she said in her 2008 Harvard commencement speech.

Rowling, now 53, didn’t turn her life around and get where she is today by abiding by conventional wisdom.

7 Habits Of Successful Writers That You Should Copy Immediately

Most writers want to become well-known and make a living by writing, but you’ve probably heard it only happens to some people. Putting in the blood and sweat through a pen (or keyboard) will only get them so far, which can be discouraging. However, the hard work can pay off if writers continue to push themselves by practicing, aka writing, daily.

Do you ever wonder how your favorite author or poet became so popular? As a writer, you might want to be like them one day, which isn’t an uncommon thought. Of course, it won’t happen overnight, and it’ll require a lot of effort, but every writer has a chance to become just like J.K. Rowling or James Patterson. As some people laugh at your optimism to become a successful writer, you’ll have feelings of hopelessness, but the doubt of others can become your biggest motivator.

With these seven tips, you’ll be a few steps closer to being like the writer you admire.

A lot of people make New Year’s Resolutions to write more, and some even decide that they are going to submit for publication. Each type of writing has its own rules and norms when it comes to submitting to magazines and websites, but the more you practice, the better you will get at it. Here are our top five general tips for submitting creative writing and poetry – these apply to our Short Stories department here at Cultured Vultures, but they will also set you up for sending your work to all sorts of places.