Is the Internet Making Writing Better?

A common refrain from writers on Twitter is that writing is hard. Often, this insight is accompanied by the rueful observation that tweeting is easy. This is, of course, the difference between informal and formal expression, between language that serves as a loose and intuitive vehicle for thought and language into which one must wrestle one’s thought like a parent forcing his squirming kid into a car seat. We’ve long had both formal and informal modes of speech. The first pours from political orators; the second winds around friends at a bar. But, as the linguist Gretchen McCulloch reveals in “Because Internet: Understanding the New Rules of Language,” her effervescent study of how the digital world is transfiguring English, informal writing is relatively new. Most writing used to be regulated (or self-regulated); there were postcards and diary entries, but even those had standards. It’s only with the rise of the Internet that a truly casual, willfully ephemeral prose has ascended—and become central to daily life.

McCulloch begins with a taxonomy; different cohorts of users have different linguistic tells. “Pre Internet People” (think grandparents) tend to avoid acronyms like “ttyl”—mostly because they don’t know acronyms like “ttyl.” “Semi Internet People,” who logged on, in the late nineteen-nineties and early two-thousands, as adults, are more likely to type “LOL” than “lol”; they don’t view digital conversation as the place for tonal subtlety. “Full Internet People,” who grew up with AOL Instant Messenger and joined Facebook as young adults, are fluent in text-speak but perhaps less steeped in the grammar of newer platforms like Snapchat and WhatsApp. (McCulloch identifies a source of mutual misunderstanding between Full Internet People, who “infer emotional meaning” in symbols like the ellipsis, and Semi Internet People, who perceive such additions as straightforward bits of sentence structure.) Finally, there are “Post Internet People,” who joined Facebook after, rather than before, their parents. They’re the ones to watch: the digital avant-garde.

When Astrid Scholte was a teenager she was enthralled by the science fiction television series Farscape, a sweeping intergalactic space opera. She couldn't get enough.

The internet was a smaller universe in 2000, but online Scholte discovered a trove of fictional stories inspired by the characters and world of the show, written by other obsessed fans.

Soon, Scholte started studiously writing her own "episodes" to broaden the dimensions of her favourite television show.

"I didn't realise what I was doing was fan fiction. I did not realise there was a term distinctly defined back then," Scholte says.

These days, Scholte receives her own notes from fans after publishing her debut young adult fantasy novel Four Dead Queens in March. 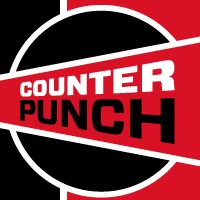 Over the years I’ve had approximately twenty scripts produced at small theaters in and around Hollywood and Orange County. None of these plays were celebrated or spectacular, mind you, just some offbeat comedies (in what might be called the “minimalist” tradition) that were fortunate enough to attract modest audiences willing to pay $25.

Live theater, particularly when you’re doing original scripts, is a fascinating process. You start by submitting a script to the artistic director of a theater. If they agree to produce it, you hold auditions, cast the roles, conduct rehearsals (usually four to six weeks), have your “tech week” (where the cast dresses in their costumes, and all the technical stuff—lights, musical cues, and special effects—are integrated into the performance), followed by opening night. Which is both exhilarating and terrifying.

Original plays are also challenging in ways that established plays are not. The difference between an actor doing material by a dead playwright like Arthur Miller or Agatha Christie, and doing material by a famous but living playwright like Christopher Durang or Beth Henley, is that the actor is never going to suggest to the director that the script be changed. Not in his or her wildest dreams would they suggest such a thing. (“Can’t we shorten that speech by Hamlet?” Make it lighter?”)

Meet This Magazine‘s new Poetry Editor, David Ly, and Fiction Editor, Jenny Ferguson. Jenny Ferguson is Métis, an activist, feminist, auntie, teacher, and accomplice with a PhD. She is the author of Border Markers (NeWest Press), a collection of linked flash fiction narratives. Jenny believes writing and teaching are political acts. David Ly is a writer and poet based in Vancouver. His poetry has appeared in range of magazines and anthologies, including The Puritan, The /temz/ Review, Prism international, Pulp Literature, The Maynard, and carte blanche. He is the author of the chapbook, Stubble Burn (Anstruther Press) and the upcoming collection Mythical Man (Anstruther Books, 2020). Here, Jenny and David interview each other about their new roles, what they’re looking for in a poem or story, and the future of CanLit.

Tips From Publishers: How Authors Can Improve Their Chances Of Getting Published

What are the odds of an author getting a book published? According to literary agent Chip MacGregor, the chances could be as low as 0.0065%. If you want to be one of the few writers who are able to make a book and see it on the shelves, you have to get it in front of publishers and give them something they can work with. From finding the right niche to getting an agent, here’s what you can do to improve your chances of getting published.

Myke Cole is best known for his fantasy work, including his military-focused urban fantasy Shadow Ops series and his more traditionally epic fantasy Sacred Throne trilogy. But with his next novel, Sixteenth Watch, he’s switching things up a bit, swapping out the swords and sorcery for spacecraft in his first novel-length science fiction work.

Like Cole’s other books, his next draws on his personal military experience. But instead of putting the spotlight on the usual branches of the armed forces seen in military science fiction, like the Army or Marines (or even a Space Force), it focuses on the United States Coast Guard attempting to de-escalate a potential war on the Moon between the United States and China.

When Luis Alberto Urrea was 21 years old, he received a pearl of wisdom from Rudolfo Anaya, considered one of the founding authors of contemporary Chicano literature. “If you can make your Mexican grandmother the grandmother of a reader in Iowa or Nebraska through your art,” Anaya said, “then you have accomplished the most powerful, moral and political act in the world.”

Since then, Urrea says, that advice has woven its way into everything he’s written. Urrea, who was born in Tijuana and whose father is Mexican and mother American, often writes about the Mexican-American experience in his novels, nonfiction, essays and poems. He is a 2005 finalist for the Pulitzer Prize for “The Devil’s Highway,” his nonfiction account of a group of Mexican immigrants lost in the barren Arizona desert. His most recent book, “The House of Broken Angels,” is the June pick for PBS NewsHour-New York Times book club, “Now Read This.”

Below, Urrea shares more advice for writers and readers about establishing a routine (or not), starting anywhere with literature (you never know it will lead), and getting inspiration in unlikely places (even from the symphony).

What Does It Mean to Be a "Real" Writer?

Talent is like obscenity: you know it when you see it. It’s something that can’t be defined, only recognized—an irreducible and unteachable entity, like charisma or humor, and its confirmation all the more coveted for being so. In his fundamental study, “The Program Era: Postwar Fiction and the Rise of Creative Writing,” Mark McGurl detailed how, in postwar America, anointing and cultivating literary talent became the purview of creative-writing programs and how, in turn, certain modes of writing came to be privileged above others. With this professionalization—indeed, institutionalization—of a nation’s art form, three injunctions popularized by the M.F.A. became holy writ. Write what you know; show, don’t tell; find your voice. Of this trinity, only the second speaks explicitly to craft and seems readily practicable. It’s the first and last dicta, however, that have proved the most influential, not through their utility but through their confounding simplicity. The question isn’t whether you should cultivate knowledge or voice. The question instead is a screamed “Yes, but how?”

Death of the novel is greatly exaggerated, say UK booksellers

The death of the novel has been pronounced for more than a century, in a series that stretches back from Will Self through VS Naipaul as far as Jules Verne. But the latest rumblings of its demise, which come courtesy of a drop in fiction sales in 2018, have been comprehensively dismissed by the books world, with new books from Margaret Atwood and Philip Pullman expected to drive a return to growth this year.

The Publishers Association’s yearbook suggested this week that sales of fiction dropped in physical formats last year, down 7% to £359m. The fall was not offset by a 4% rise in digital fiction sales, to £229m, with overall fiction sales down 3% in 2018 to £588m.

By contrast, sales for non-fiction rose 1%, to £954m, with digital revenues up 10% and physical sales remaining level. The Publishers Association noted a “standout” performance from non-fiction, which it said had grown by almost 30% in the last five years, as well as the “phenomenal” growth of audiobooks, up 43% between 2017 and 2018.

Fall in Love with Criticism

Let’s raise our glasses to our true friends who can tell us that our participles are dangling and that our story is too soft. And let’s try to be the type of writers who are brave enough to accept and utilize criticism!–Nancy French