Some writers have always claimed they can hear their characters speaking, with Enid Blyton suggesting she could “watch and hear everything” and Alice Walker describing how her characters would “come for a visit ... and talk”. But a new study has shown this uncanny experience is very widespread, with almost two-thirds of authors reporting that they hear their characters’ voices while they work.

Researchers at Durham University teamed up with the Guardian and the Edinburgh international book festival to survey 181 authors appearing at the 2014 and 2018 festivals. Sixty-three per cent said they heard their characters speak while writing, with 61% reporting characters were capable of acting independently. 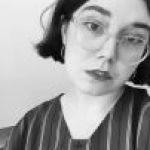 Writing doesn’t pay. According to a report released last year by the Royal Society for Literature and the Authors’ Licensing and Collecting Society, most writers earn below the minimum wage. The numbers are stark: two thirds of writers earn between £100 and £10,000. Only 5% of writers can expect to earn over £30,000 a year. The average income from writing has shrunk from an equivalent of £18,013 in 2006 to £10,497, and on average it’s lower for disabled and BAME writers. Only 10% of authors now derive their income solely from writing.

Talking about finances for writers remains taboo, despite a literary landscape that pays lip service to being savvier in examining its role in systems of exclusivity and privilege. Publishing remains one of the few industries where salaries are not routinely disclosed on job adverts; it’s a sector where unpaid internships and minimum wage starting roles are still viewed as acceptable, if not essential. It’s no wonder that this culture of exclusivity bleeds into all areas of the literary environment. Despite the supposedly democratising effect of social media, the agents, editors and writers on these platforms still sell the myth that writing is a leisure activity reserved for the upper middle classes, an affectation that Nathalie Olah typifies as a “twee picture [...] a lifestyle choice” in her book Steal As Much As You Can.

Like many of you, I’ve been writing a lot of COVID-19 related stories over the past several weeks. It’s really hard to think about anything else right now, so given that we generally write about what’s on our minds, it’s not unusual that this is the topic of a good percentage of the stories being written these days.

At the same time, I’ve seen a number of complaints by writers who feel that there is far too much emphasis on this topic, especially on Medium. A common criticism is that there isn’t a balance in terms of topic variety. I do agree that stories that are just rehashed or spun content reporting the same facts that are everywhere you look are a bit annoying. I think we can leave news stories to those who actually report the news. 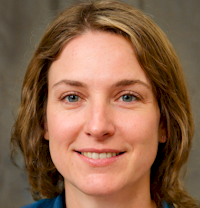 Sentimentality in Poetry: Emotional Imbalance and How to Avoid it

By Maria Foster
Poet and Writer

Nothing is going to turn readers off your writing quicker than that sickly, disingenuous whiff of sentimentality that emanates from aggressively emotional wording. That cliched, pandering thing that so many writers fall into the trap of.

All of my mean adjectives aside, it’s usually not something that happens deliberately. It’s not like people are just padding out their writing with sentimentality, knowing that it sounds awful but doing it anyway just because they want to.

What’s going on is probably more of a misguided attempt at something that is actually sincere. When we’re writing something creative and artistic, it’s almost always going to be an expression of emotion.

The coronavirus has transformed life as we know it. Schools are closed, we’re confined to our homes and the future feels very uncertain. Why write at a time like this?

For one, we are living through history. Future historians may look back on the journals, essays and art that ordinary people are creating now to tell the story of life during the coronavirus.

But writing can also be deeply therapeutic. It can be a way to express our fears, hopes and joys. It can help us make sense of the world and our place in it.

Plus, even though school buildings are shuttered, that doesn’t mean learning has stopped. Writing can help us reflect on what’s happening in our lives and form new ideas.

As both an author and library employee, I’m intrigued by libraries that publish literary magazines. Since so many libraries offer services for local writers and writer organizations, it seems like a natural extension.

In fact, last month I had the pleasure of being a judge—along with authors Sarah McGuire and Peter Raymundo—for the Osceola Library System’s third annual literary contest for kids aged 8–17. The theme was “There’s a Monster in My Lit Mag!” and while the ceremony for the winners has been cancelled, the winners will be read in an upcoming episode of the library’s Nonfiction Friends podcast by Jonathan, the amazing Youth Specialist who coordinated the contest.

Is Your Covid-19 Novel Going to Be THE One?

“I have no idea what's awaiting me, or what will happen when this all ends. For the moment I know this: there are sick people and they need curing.”― Albert Camus, The Plague

One of the best-known and most well-respected written works in the world is Camus’ novel The Plague. Although the story reads as if Camus personally went through a pestilence, he actually had “only” researched the many plagues that had come before to write his book.

I have always had a yearning to capture the visual. When I was very young, and before I owned a camera, I’d use my fingers as a frame and peer through them to see what a photograph of the scene before me would look like.

I went on to study film at third level, and when I set out to write my debut novel, You Have to Make Your Own Fun Around Here, I decided that I wanted the reader to see the story unfolding in their mind’s eye, much like a film.

I asked myself, if I was to make a film of this novel, what would it look like? Whose perspective would work best? How could I heighten the narrative’s impact through the use of pictures and visions? The film student in me was excited at the prospect of creating a visually driven story, and putting the storytelling skills I’d gained at film school to good use.

Our Books, Our Shelves: BE A QUITTER, or HOW TO WRITE THE NOVEL OF YOUR HEART

Quitting isn’t something we’re taught to do, especially not as writers. Established authors share stories of rejections and perseverance. Of the manuscript they refused to give up on. That they published to great acclaim and poo-poo on those editors who rejected them! It’s supposed to inspire—and goodness knows we need all the inspiration we can get in this field.

When I was in graduate school, I started writing my first novel. A novel that my mother recently retrieved from the depths of her house, printed and spiral bound. “In five years, we can put that on eBay,” my dad said, while fixing himself a burger. “Absolutely not!” I said. Probably should’ve snatched it from Mom when I had the chance. (Please, if in five years you see an eBay listing titled “K M SZPARA UNPUBLISHED MANUSCRIPT RARE,” report it.)

Shakespeare in lockdown: did he write King Lear in plague quarantine?

While those of us stuck in self-isolation or working from home watch TikTok videos and refresh liveblogs, a meme has been going around that claims Shakespeare made use of being quarantined during the plague to write King Lear. The Bard supposedly took advantage of the Globe’s lengthy closure to get on top of his writing in-tray – coming up with Macbeth and Antony and Cleopatra to boot. If you weren’t panicky enough about how little you’ve achieved recently, this is surely a way to feel worse. Why aren’t you finally dusting off that novel or screenplay you’ve been itching to write? It’s what the Bard would do, surely.