I enjoyed Naomi Booth's article, "The Value Of Sharing the Writing Experience" (fwn 33, November 2005), and agree that sharing the writing experience is a valuable learning tool for all writers. However, as a poet with a growing reputation in the United Kingdom and overseas, I have to say that my own experience of writing groups and workshops has been very different.

Early forays into both were not in the least encouraging. Group members were invariably very precious about their writing and took constructive criticism as a personal insult. Workshop leaders were too didactic, leaving little room for the development of individual style. Even so, I continued to write.

I have found sharing my poetry and prose with people I have got to know on the internet an invaluable experience. Possibly, people feel less inhibited about speaking their minds online. By the time I published my first major poetry collection in 2000, I had posted poems on various websites, including my own Home Pages. I even had a following of sorts, so felt encouraged to go ahead. I created my own imprint and self-published my first collection of some 200 poems, funded by winnings from a poetry competition.

I recently published the fourth title in my "Love And Human Remains" quartet. Book sales and (some) fees from poetry readings around the United Kingdom have paid for the last three volumes and I continue to receive positive email feedback from readers worldwide.

I also continue to submit to various poetry publications. The more you write, the better at it your become. And don't feel discouraged by rejections. An editor may well reject a poem simply because it is not what he or she has in mind for future issues. Every publication has its own character and style. Rejection does not necessarily reflect the quality of a poem. Submit elsewhere and – who knows?

Since 1993 I have contributed 400+ poems to various publications in the United Kingdom and overseas; many of these were initially rejected, often because I didn't do my homework properly and didn't research the style of the publication to which I was submitting. I have now contributed 400+ poems to various publications worldwide – excluding poems that only appear on internet websites or in my own collections. Anyone can be a poet – but to be a published poet you have to believe in yourself and work hard at it.

As a gay man, I include poetry on a gay theme in all four collections. My poems tackle a variety of themes relevant to the 21st century so why not gay sentiment and issues? Many editors / publishers still run a mile from gay-interest material; perhaps they feel readers might be offended or maybe it is simply because they genuinely believe gay-interest material is better sidelined to some obscure gay anthology that heterosexual poetry lovers will never get to read. Whatever, I am delighted to have proved them wrong. My collections do well (for poetry) and, besides selling well in the United Kingdom, I also sell copies over the internet worldwide. Moreover, I receive as much encouraging email feedback from heterosexual as gay readers.

So come on you wannabe poets – get writing.

Roger N. Taber was born in Kent (UK) on December 21st 1945 and graduated from the University of Kent in Canterbury, 1973. A librarian by profession, he now lives in London. Most of the poems in his collections have appeared in various poetry magazines and anthologies in the UK and overseas (the USA, Canada & Australia) 1993 – 2003; many were written much earlier. A gay man and partially deaf, he includes gay-interest poems in his books alongside others on a variety of themes – including deafness – relevant to the 21st century. More details of his books and some reader reviews can be found on http://www.amazon.co.uk

The value of sharing the writing experience
By Dr Naomi Booth 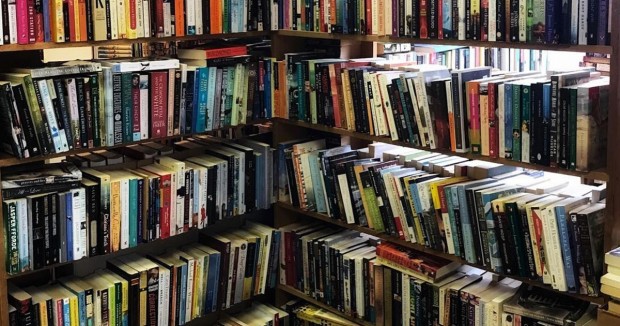 10 free online writing courses for getting real good at words

How To Publish Your First Book and Sell It Online?

The best way to polish your writing? Read it aloud.

Jonathan Franzen was mocked for sharing his writing tips. Me? I’m all ears

Writing contest etiquette
By J. Paul Dyson
The Critical Critique: How editing your writing increases your chances of getting published
By Rocky Reichman